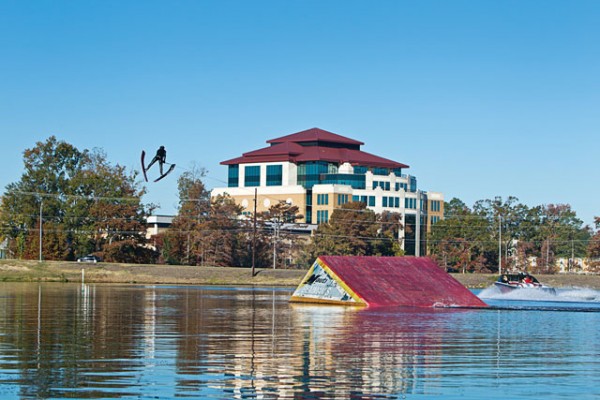 Homework? Check. Textbooks? Check. Water skis, swim trunks, sunscreen? Check, check, check. If you happened to be one of the lucky few on the renowned  University of Louisiana at Monroe water ski team, your day might look something like this: (1) Wake up. Shake off grogginess from last night’s partying. (2) Scoot on down to campus to pull a quick slalom set before attending Brit Lit 2420 in the admin building. (3) Eat lunch out of a sack at the student union, have a quick study sesh with classmates for an upcoming econ quiz, and then head back to the boat for some tricking before the sun sets on another day of your college career.

It’s OK to be jealous. I imagine that just about every other college skiing program in the country envies ULM’s success. In terms of competitive collegiate water skiing, ULM is essentially unrivaled.  From its beginnings in ULM student-athlete Frank Ingram’s backyard, in 1978, to 23 national championships spanning three decades, no other school has been as dominant behind the boat — and ULM shows no signs of stopping. 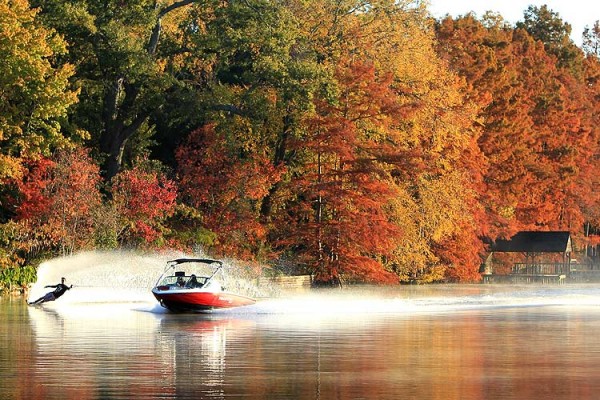 Want to know what makes it even more impressive? There’s no coach. That’s right — the skiers coach themselves. Of course, when you have near-pro or soon-to-be pro skiers in your program, that might not be a bad thing. In fact, the level of skiing is so high at ULM, the program attracts athletes from all over the world. Twenty-two year- old British senior Will Oliver is a case in point. “One great thing about ULM is I can ski year round,” says Oliver, who has been skiing since he was 4. “You can’t do that back home, and we don’t have collegiate- or university-level skiing in England.  I definitely ski harder and train more competitively in the U.S.” And given Oliver’s desire to have a career in pro water skiing, he couldn’t be in a better place. ULM’s program has produced several pro skiers:  Ryan Dodd, Natallia Berdnikava, Freddy Krueger, Regina Jaquess and Thomas Degasperi have all graced Bayou Desiard with their high-level talent. And with the bayou practice and tournament area running directly through the middle of campus, the ski team is highly visible. Especially when the team gets a brand-new MasterCraft Pro Star 197 every year. “It’s the most visible program on campus,”  says Tyler Scott, a junior skier who grew up just down the street, in Covington, Louisiana. “If you’re on campus, you know about the ski team. you’ll see us practicing all day.  Oliver concurs. “Teachers work with us when we have to miss class for a tournament, and the new university president, Dr. Nick Bruno, has really helped get the program some recognition.” 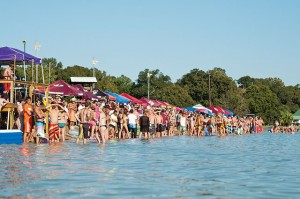 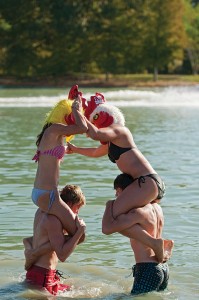 For students like  Tyler Scott, who won the slalom event at collegiate nationals last year, it’s a dream come true — a chance to ski while getting your education paid for. Even though Scott grew up skiing competitively and knew about ULM’s ski team his entire life, his main reason for being at ULM is the pharmacy school, one of the university’s most prestigious programs. Scott and the rest of the team pay for their  books, housing and meals, but their tuition is covered by athletic scholarships. What’s it like for other schools to ski against a program whose university sets aside $ 1.50 of every student’s tuition for the ski  team? John Mommer, graduate of rival program University of Louisiana at Lafayette and marketing director for HO Sports, recalls going head-to head with the Warhawks. “They were always really good,  and they had such a deep team,” he says. “And while they are very well funded, that doesn’t make the difference — it’s their team cohesion.”

Of course, all the attention means that the pressure is on — and the team knows it. What does that mean? practice, practice, practice — even without a coach. “The boat is pretty much  running from daybreak to dusk, every day of the week,” Scott says. “you learn who on the team you like to ski with, and pair off for hour-long practice sessions with three or four people. Everyone on the team has been skiing so long, so we help each other tune up our game.” Many of the three-event skiers practice three times a day, three days a week or more — and that’s on top of gym time, class and, of course, road trips. Team manager Triena Landrum coordinates the travel and accommodations for tournaments. The team frequently piles into the athletic department’s 15-passenger van to travel when a tournament is within driving range. “Definitely some memories there,” Oliver says, laughing. “There’s been quite a few singalongs !” Of course, driving the van and booking hotels isn’t Landrum’s only job. She also helps arrange scholarships, helps the team work with teachers to make up schoolwork, and helps international skiers like Oliver adjust to life in the States. Oliver laughs thinking back to his first few months here. “I thought it would be easy, because it was the same language,” he says, with a very obvious British accent. “But I didn’t understand anyone with a Louisiana drawl for months.” 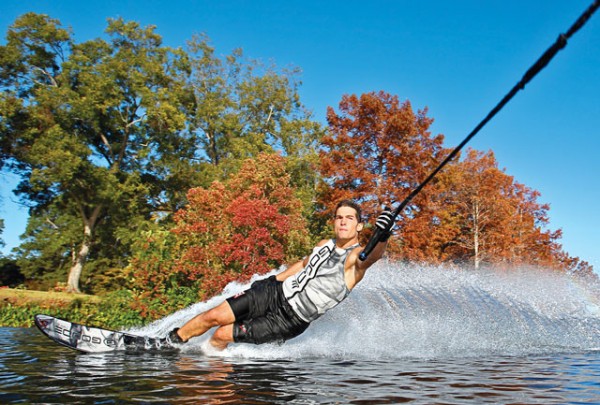 And while Landrum’s not a skier herself, she plays an integral role on the team; she helps recruit new athletes to the program. “When a prospective skier is interested in attending ULM, I really only want to know one thing: What’s your tour ranking?” Landrum says. The standard is high, but once you get there, you’re taken care of very well. And of course, ULM skiers receive a solid education while they’re honing their skills on the water, both in acclaimed programs like meteorology or pharmacy, as well as programs like sports marketing, in which many ULM skiers earn their degree, to help bolster their chances of a successful pro career. So, is there competition within the team? Absolutely. Only the top five team skiers in slalom, trick and jump get to compete at nationals, so there’s  plenty of incentive to work hard. “We push each other quite a bit,” Oliver says. Of course, winning one year just means that more pressure is on for the next year. In just a few short weeks, on the weekend of Oct. 18 through 20, the 2012 National Collegiate Championships will be held in their backyard, in Zachary, Louisiana, and all eyes will be on the ULM skiers as they hit the water, hoping to win yet another national title. Scott, skiing for his second at ULM, is optimistic. “It’s never easy. We lost Zack Worden, which is going to hurt, but we got some new recruits that can hopefully step up. I think we’ll be in the running, but we’ll see what happens this fall!” But whether the Warhawks win or lose in October, one question has already been answered. When it comes to collegiate competition, ULM has the ultimate program.

6 Of the Most Dominant Collegiate Skiers of All Time

1. Rhoni Barton: The winningest collegiate skier of all time, Barton graduated from Rollins College in Winter park, Florida, and swept all three events at the NCWSA Nationals in 1995, 1996 and 1997. She has a total of 14 national collegiate titles.

2. Will Asher: Skiing for ULL from 2002 to 2005, Asher broke the collegiate slalom record (3. at 41 off ) in his sophomore year and fi nished his collegiate career with two national slalom titles and one overall title.

4. Zack Worden: ULM’s three-time national jump champ and current record holder (195 feet) was also a dominant force in trick and slalom from 2009 to 2011.

6. Natallia Berdnikava: This ULM three-event all-star won three NCWSA national jump titles, and at the 2007 NCWSA Nationals, she took the top spot on the women’s podium in slalom, trick, jump and overall.