HO Sports is proud to introduce their newest high-end tournament slalom ski to the market, the Syndicate A3. If team captain Will Asher’s stellar performance at the 2012 Diablo Shores Pro Am in September is any indication of the ski’s potential, we’d say it’s going to be a hot selling item in 2013. Committed to excellence and providing team ski designer Bob LaPoint and brand manager Dave Wingerter with insightful feedback throughout the A3′s R&D phase, Asher mounted up the newest version of the A3 just days prior to the Diablo event. “It was a ‘hallelujah’ moment,” explains Asher. “I had never felt so comfortable on a ski before and I could ski aggressive and totally trust it.” 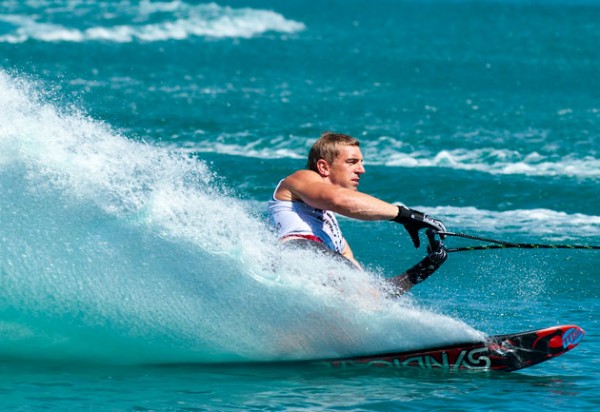 HO team captain Will Asher loves the edge to edge speed of the new Syndicate A3. Asher rode the new ski design to his fifth pro men’s slalom title at the Diablo Shore Pro Am. Photo: Todd Ristorcelli

Three days later in the second round of the Diablo Shores Pro Am, he showcased that comfort level on his new ride when he scored 1 at 43 off, and then went on to win the event against Nate Smith in a head-to-head final the following day. “It was the best 41 I’ve ever run,” says Asher. “On this ski I feel like I can enter the course with the guns blazing and no worries.” No worries? How do you not worry at 41 and 43 off? Asher says the key to his success is all about the load on the towline. As long he gets the ski underneath him and has good cross-course angle off the second wake then he’s good to go. 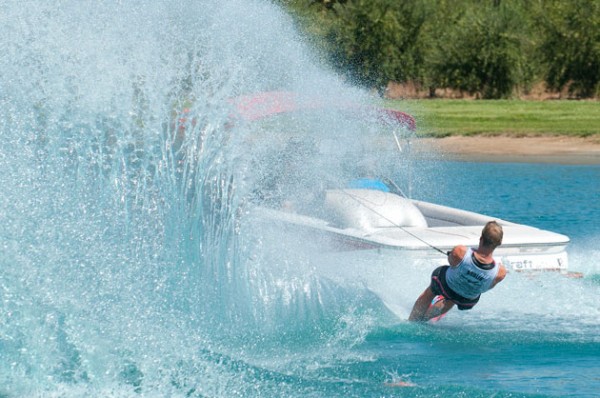 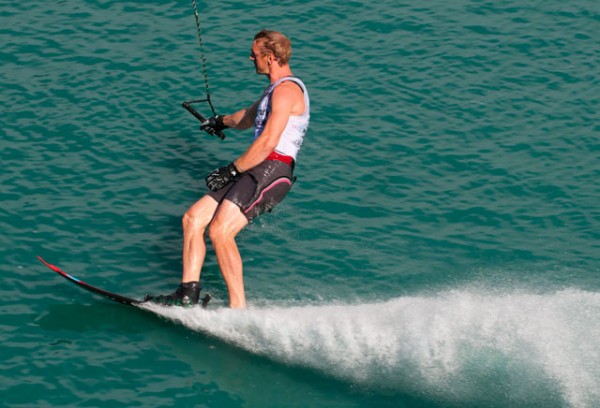 You can’t call the A3 and evolution of the A2. Team HO has introduced a brand-new shape and bevel design for what they say offers maximum speed and efficiency. Photo: Todd Ristorcelli

Learn more about the HO A3 below: