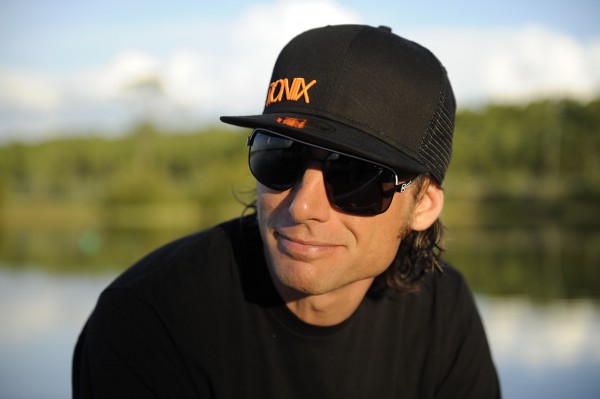 Stylish swerver and Radar front man, Chris Rossi, tells us about a few of his first time experiences.

First 39 ½ off?
Miami, Fall of 1999. It was my first trip down there and the conditions were perfect. Going to two ball at 39, I exploded through the wakes and crashed hard. Turns out the rope broke and I was getting a re-ride! I composed myself, jumped back in the lake and smoked my first 39 in a tournament.
First Pro Contest?
It was the Orlando pro tour, 1999 or 2000. I was standing on the dock with guys I had idolized from the tour growing up. My knees were knocking and my heart rate was off the chart. I ended up with 4 at 35 and went home with my tail tucked between my legs.
First Sponsor?
Definitely my parents, I owe them the biggest thank you for investing so much time and energy into me as a person and a skier. My first sponsor check came from Connelly when I won the 1989 National Championships.
First Car?
A 1990 Suburban, “The Beast”, I still have it. It got 8 miles to the gallon, had enough room to fit my entire life into and two 12-inch subwoofers to make it thump.
First Beer?
Molson XXX 7.3%. I was way too young and the beer was way too strong! Canadians know how to brew their beer!
First Kill?
I hunted as a kid but never had any success. After high school, I took a 10-year hiatus to follow my skiing dreams but in 2007 my father invited me on his annual hunting trip. Within fifteen minutes of being in the woods I saw a huge buck. Call it beginners luck!
First Boat?
My first boat was a 2004 Tige Switch i. Charlie Pigeon, Brett Thurley and the entire Tige Boat Company welcomed me in with my first boat sponsorship. Brett showed up with my new boat, a bunch of barely clothed models and a photographer, life was good.
First time at Radar Lake?
The first time I drove in there my jaw dropped. A pristine manmade ski lake built by Herb O’Brien, surrounded by a bunch of old trees with astonishing views of the Cascade Mountain Range, and a history that dates back to 1972. It was a highlight of my career to take my first set at Radar Lake and every set since then has been a memorable one.