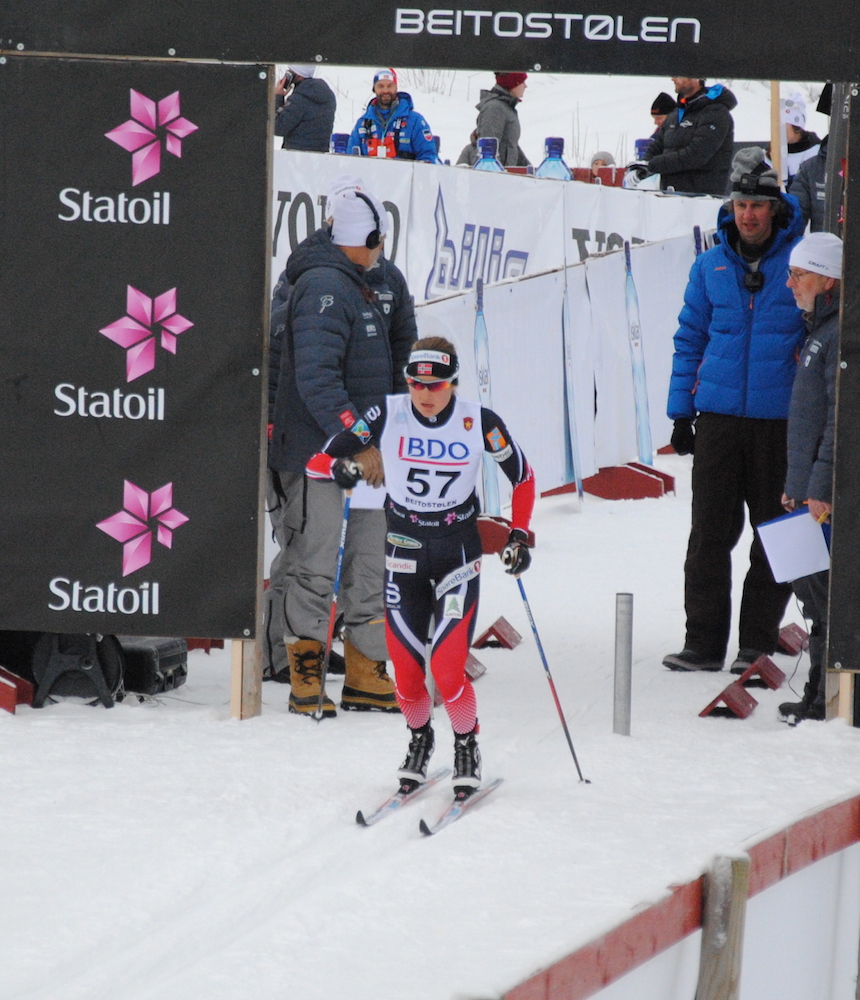 Ingvild Flugstad Østberg (Norway) out of the start in her country’s first FIS race of the 2016/2017 season: the 10 k classic in Beitostølen on Friday. (All photos: Aleks Tangen)

With Therese Johaug suspended for the first part of the season and Marit Bjørgen out with a cold, Østberg led the race from start to finish and completed the 10-kilometer classic individual start in 26:47.4 minutes. She progressively increased her distance over teammate Heidi Weng, who started just 30 seconds ahead of her, leading her by 6.2 seconds at 2.1 k and 13.2 seconds at the finish. 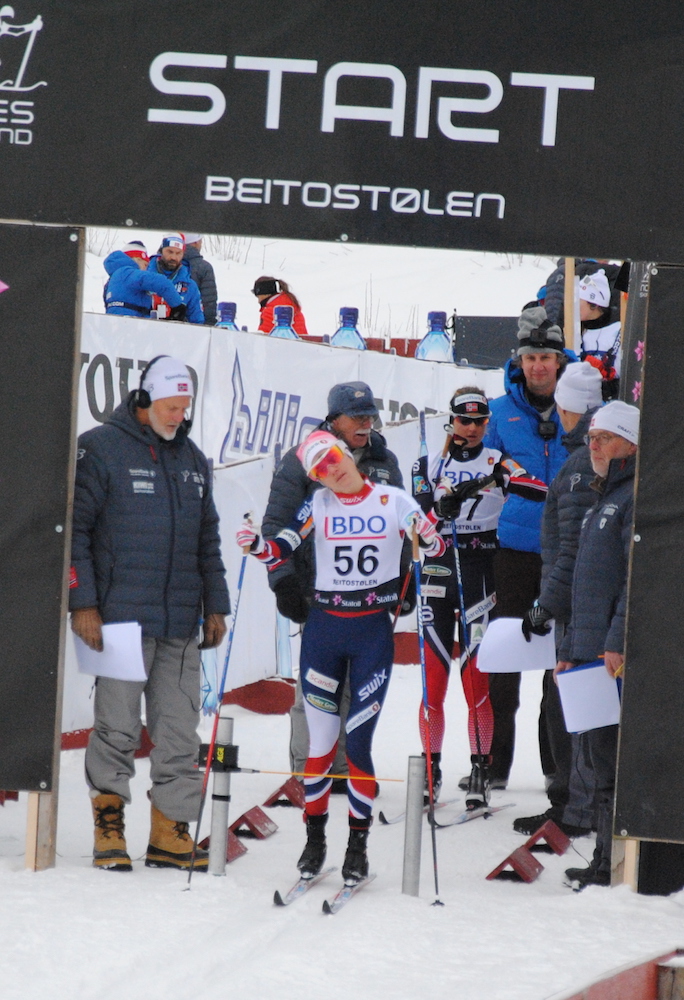 Heidi Weng at the start with Norwegian teammate Ingvild Flugstad Østberg behind her in the FIS season-opening race in Beitostølen, Norway. (Photo: Aleks Tangen)

After the race, Østberg told Aftenposten that Johaug gave her some valuable advice just a day earlier. She said they spoke Thursday and Johaug offered some tips, encouraging her to focus on technique rather than worry about her form at this point in the season. Østberg said she told her to go for it and see how things turn out.

She took that advice to heart and came away with a victory. Østberg said it was strange not having her at the races, but she channeled her inner Johaug and focused on a strong start.

“It tends to work for her here, then I thought that I should try, too,” Østberg said, according to a translation.

“I’m usually a little slow in Beitostølen, but not today,” Østberg told NRK. “I had good skis and a body that played along. It was a good day. I’m very happy that I was able to ski well. Of course I got tired toward the end and consequently my technique deteriorated, but I felt that had good control over my opening so I’m happy.”

Notably, Østberg became the first woman other than Johaug or Bjørgen to win an opening race at Beitostølen since 2003.

“They would have probably been strong had both been here, but one cannot do anything about those who aren’t here,” she said.

The Norwegian national-team women swept the top nine, with Astrid Uhrenholdt Jacobsen coming on strong in the final third of the race for third place, 1:06.4 behind Østberg. Throughout much of the race, her split times ranked fourth of 55 finishers, behind Østberg, Weng and Kathrine Harsem.

Afterward, Jacobsen told Aftenposten that she thought she would finish farther back, noting the first races of the season are often the hardest.

“Third is far above my expectation; I had not thought that I would start there,” she said, according to a translation. 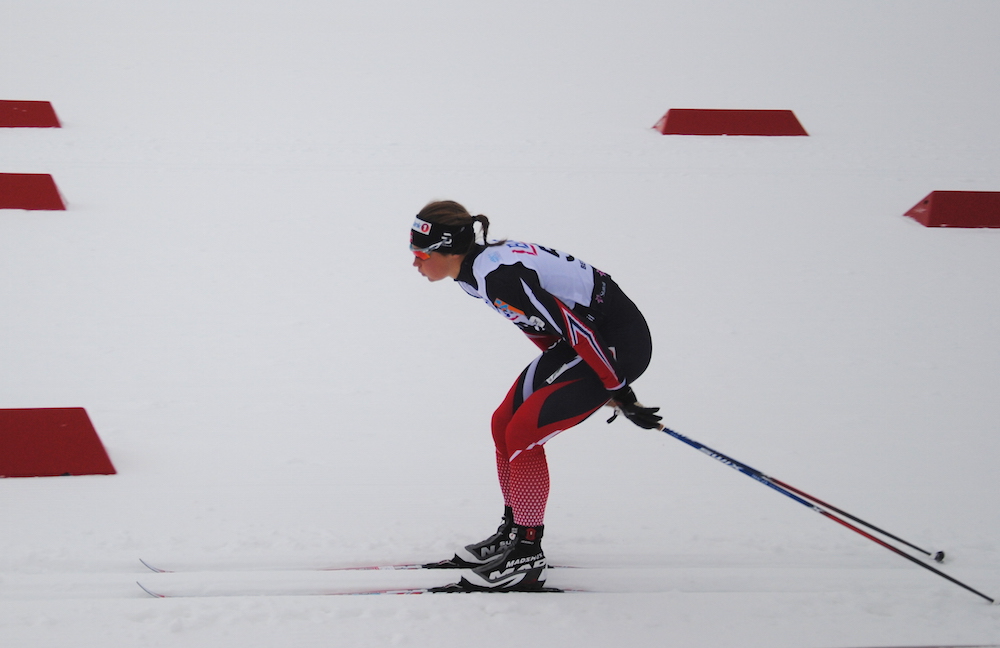 Ingvild Flugstad Østberg (Norway) double poling out of the start in her country’s first FIS race of the 2016/2017 season: the 10 k classic in Beitostølen on Friday.

At just one point in the day, Østberg’s time ranked second: at 1.2 k, where Harsem was 1.5 seconds faster.

“I’m a little surprised it worked this well,” Harsem told NRK after the race. “I’ve felt good all through the summer and fall, but during the last week I’ve felt kind of heavy, but then I suppose I just fooled myself.”

American Cambria McDermott, a former Montana State University skier who graduated this spring, finished the race in 44th, 5:05.3 behind Østberg. After spending the summer training with Henning Skilag and representing the Norwegian club during the race, she told FasterSkier afterward that “it was really cool to see so many fast women. I felt slower by comparison, but it was really fun. It’s an awesome course.”

McDermott, 23, is currently taking classes at Nord University in Meråker, a small town near Trondheim. When asked about the level of competition in U.S. collegiate skiing compared to Norway’s first FIS race of the season, she said, “I think NCAAs was really good preparation for these kinds of races. There are a lot of international racers at NCAAs and they bring a lot of competition to those races, but here, there are the best skiers in the world in this race, so I think it’s hard to find a race that matches that.”

She’ll continue to race for Henning Skilag in Europe for most of the season, competing in most of the Norwegian and Scandinavian Cups before heading back to the states for U.S. nationals in early January.

“I’m excited for tomorrow,” she said of Saturday’s 10 k freestyle in Beitostølen. “I like skating and it’s a little less complicated than classic skiing with the wax and everything.”

“It was the first race I’ve done at this level,” she said. “So, really cool to see my name on the same list as Weng and Østberg, but it was hard, but nice course, really flowy. It felt good to get some intensity in. This is our first race over here.”

Reflecting on how she tackled the course, the 20-year-old, first-year senior described two big hills at the back of the course.

“I think that gritting down that extra bit and I was able to stride up the whole thing,” Fraser said. “Some people would hop out and start stepping, which is slower and more energy, so I was happy with that and stepped all the corners, so yeah, I was happy with how I handled everything.”

In the men’s 15 k classic, Norway’s Didrik Tønseth capitalized in the absence of his team’s leading skier, Martin Johnsrud Sundby (also out sick), beating out 140 men while double poling the entire three-lap course to win in 37:31.9.

Tønseth told NRK after that he was in “disbelief” at the conditions, with a heavy snowfall blanketing the course after the women’s race. He switched to skate skis one minute before the start, and said it worked well.

“It’s awesome to win … it’s good to put others in their place,” he said, according to a translation.

Starting 12 minutes earlier than Tønseth in bib 125, Norway’s Tord Asle Gjerdalen also double poled the entire course and rose from the seventh-ranked time at 4.9 k to second at the finish, 15.7 seconds back.

“It snowed a lot, but I think it was the right decision to skate,” Gjerdalen told NRK, according to a translation.

Meanwhile, Norwegians Pål Golberg and Petter Northug chose grip wax. While Golberg cracked the top 10 in ninth (+1:19.4), Northug ended up nearly four minutes back in 74th, approaching the finish line with a sedative pace that seemed more like a conscientious choice than a consequence of low physical conditioning.

After the race, an NRK interviewer said to Northug, “You look very smart for someone who finished 74th.”

Northug, looking as calm as he did during the final part of the race, answered, “You can interpret that the way you want. I believe I have good control even if it doesn’t look like it.”

A number of Canadian juniors competed on Friday, with Jack Carlyle, of the Thunder Bay National Development Centre (NDC), leading them in 116th (+5:32.4).

“The competition is super-fierce, which is super cool to see, but it’s not like they’re super human,” the 23-year-old Carlyle said. “It’s just that they’re very fit and fast, but it’s nothing untouchable, it’s cool to see and be a part of that.”

“The competition is super-fierce, which is super cool to see, but it’s not like they’re super human.” — Jack Carlyle (Thunder Bay NDC), after placing 116th in Beitostølen 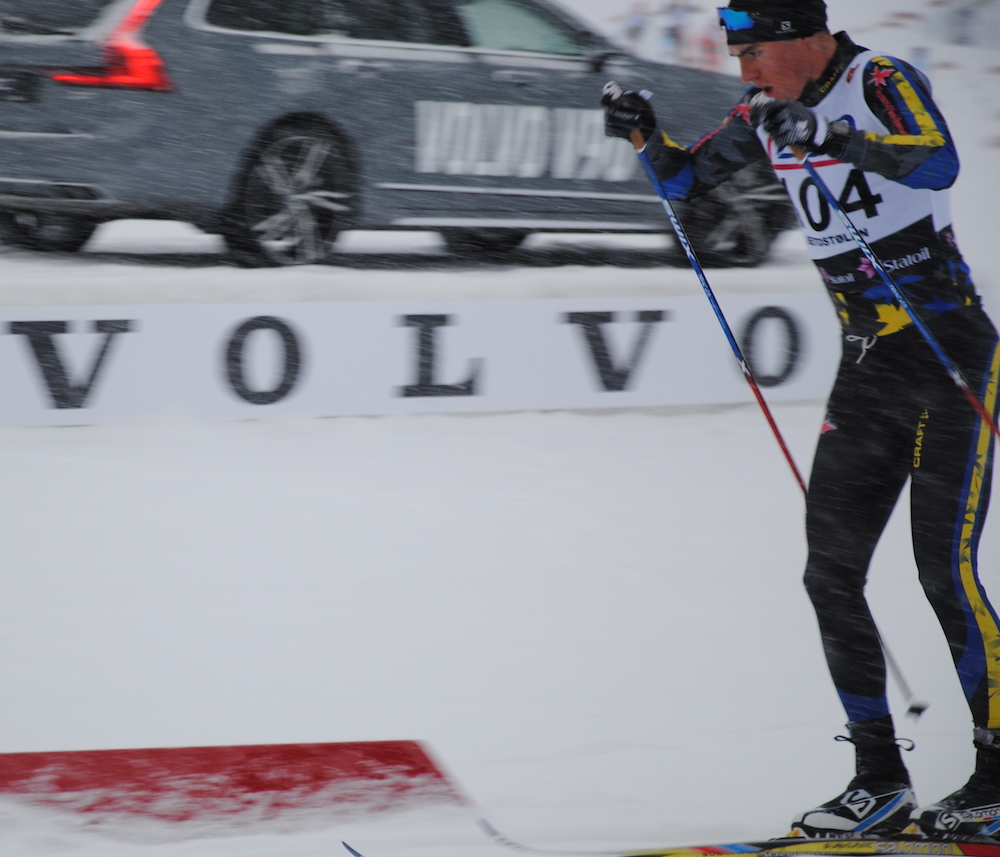 Like his Canadian teammates, Jackson chose kick wax and explained that too much grip probably affected his overall performance.

“I unfortunately lost a little bit of time on each downhill, which I really couldn’t afford to do,” the 19-year-old from Midhurst, Ontario, said. “I need to be on top of my game to compete with these guys. It’s a tough competition, but when things don’t come together, you lose a couple of seconds here and there, it’s too bad.”

Asked how he liked the course, Jackson said he loved it.

“I really liked how balanced it is. There’s a lot of spectators around the course so you’re always seeing people,” he said. “My favorite parts were probably the climbs.”

Foster described his race as a “real hard one”.

“My skis weren’t running nearly as quick as I needed them to be,” he said. “I think I went with too much grip and they just started dragging a lot. People were making up big time on me in the downhills.”