Kris Freeman and his dog She-Ra (along with Tad Elliott, not shown) racing the rain up to the top of North Slide on Mt. Tripyramid in Waterville Valley, N.H., on Sept. 14. (Photo: Tad Elliott)

This week’s workout tale comes from Tad Elliott, of Durango, Colo. Elliott, 28, has spent the last two and a half months in New England training with his coach Zach Caldwell. Elliott spent the better part of this month in New Hampshire with his former teammate on the U.S. Ski Team, Kris Freeman, who trains out of Waterville Valley, N.H. Caldwell lives in Putney, Vt., along with his uncle, John Caldwell. Here is an account of Elliott’s three-hour hike with Freeman, a.k.a. “Bird”, which they did last Wednesday.

I have been out East for 10 weeks training in Putney, Vt., getting ready for winter and Bird camp. Bird camp is held every September and is hard — really hard.

John Caldwell swings by Zach’s house every few days to have coffee and check in on how things are going. When he learned I was going up to Waterville to train with Kris, he said there was one workout that had to be done. 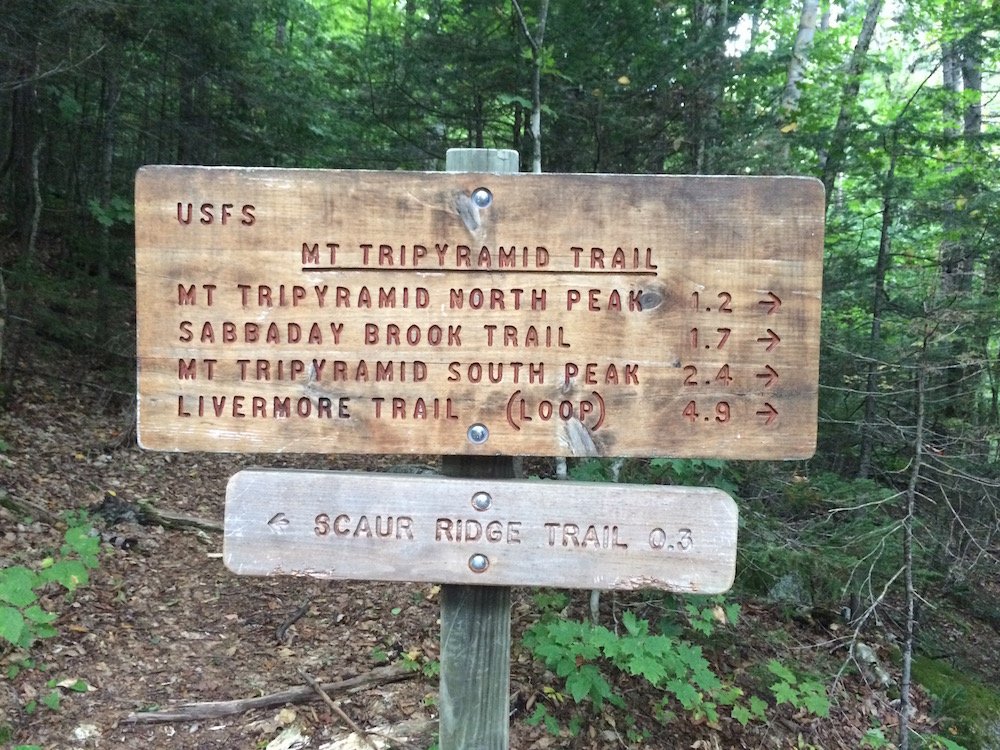 The Workout: Tripyramids (or a Three-Hour Hike)

John Caldwell coached the U.S. Ski Team and they used to have training camps in Waterville Valley.  JC told me that the best workout I could do is an OD hike going over Mount Tripyramid [a mountain with three distinct peaks along a mile-long summit ridge, some 4,160-feet tall in the White Mountains’ Sandwich Range]. The trailhead is a 20-minute drive from Kris’s front door.  It’s an 11-mile hike going up the North Slide, to North Pyramid, over Middle Pyramid, up South Pyramid, and down South Slide.

On top of the hike, Kris needed some extra training. He double poled 20 miles up to the mountains.  I loaded up She-Ra, Kris’s dog, and we met him at the trailhead. North Slide is a steep rock face, and rainstorms made the rocks slick and added to adventure of the Tripyramids. The rain, the scary trail that you aren’t sure is supposed to be a trail, is all part of climbing mountains in the East.

Just as we were starting up the North Slide, a hornet stung me. The rain, bugs and rocks are unique to the East and what make hiking mountains here so special.  The views from the top were spectacular watching the thunder clouds roll in. The Caldwells got a kick out of this soft Colorado boy’s experience hiking some East Coast mountains.

The rain, the scary trail that you aren’t sure is supposed to be a trail, is all part of climbing mountains in the East.

The workout was a 2-hour, 50-minute run/hike, and a 4:20 workout for Kris. As John said there is plenty of time for beating yourself up rollerskiing and getting ready for the winter. Sometimes you need a good OD, have some fun with friends and enjoy hiking in the mountains. Also where else can you bag three peaks in three hours? 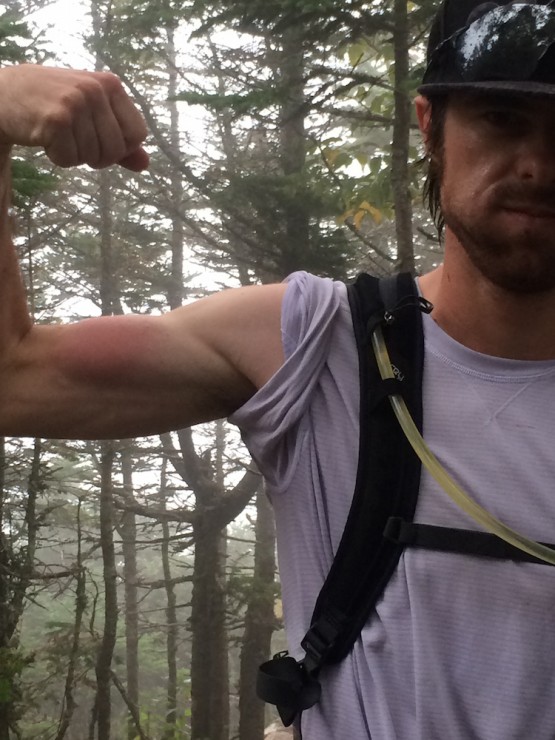 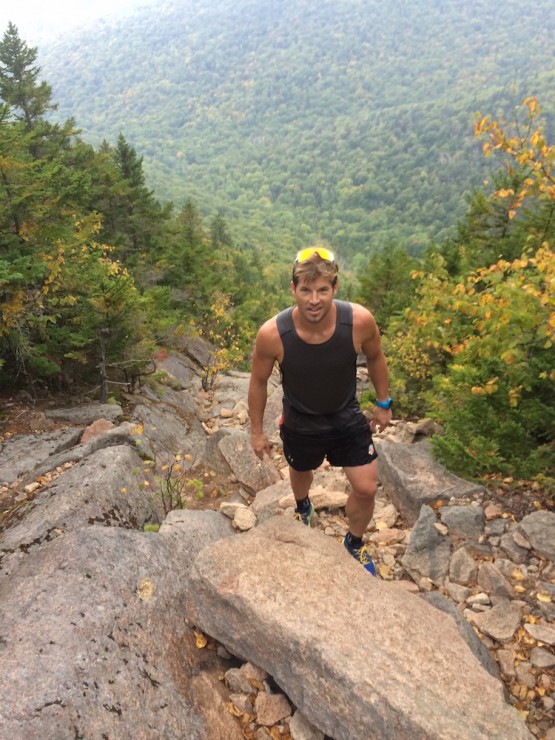 In a follow-up up email, Elliott explained the focus of their OD hike turned into a bit of a scramble to reach the summit. “The goals hiking are always to make it to the top and enjoy the scenery,” he wrote. “The training benefit just comes from going uphill and doing something that is different and long. The pace was easy and manageable. We wanted to make sure the dog was OK and could make it up the steeper sections.”

How often does Elliott, also a former USA Cycling Team member, hike or trail run when he’s home? About once every two weeks. Hiking in the Rockies is an altogether different experience than hiking in the East, as he reiterated that Eastern trails are steeper, rockier and always seem to be damp and slick.

“Hiking in the Rockies is usually, you choose one mountain and go up that and it is a long hike into the base, then a huge hike up a massive peak. A lot more exposure, and you are going slow because the air is so thin,” Elliott wrote. “The experience out here was great. The views were awesome, and Kris was pointing out all the mountains nearby and future runs that we could go do.

“This was a easy day for us out here at Bird camp,” he continued. “Maybe it felt easy because we had fun. We wanted to give our hands and shoulders a break from the pounding on the pavement. Kris is one of the best at training in the world. A standard morning ski is now 40 miles. There is a run or strength every afternoon. I am feeling great. I have some boat time coming up in a week with my family in Annapolis. Recovery from Bird camp will be important.”

Elliott has been in New England since July 11 and plans to leave for Maryland on Sept. 26. Sidelined with Epstein–Barr virus two years ago, the former U.S. national-team distance skier explained that his health has been “pretty good” this summer, with some issues in the spring and mid-summer, “but it seems to keep getting better and better slowly.” He plans to compete in most of the U.S. SuperTour races this fall, including nationals.