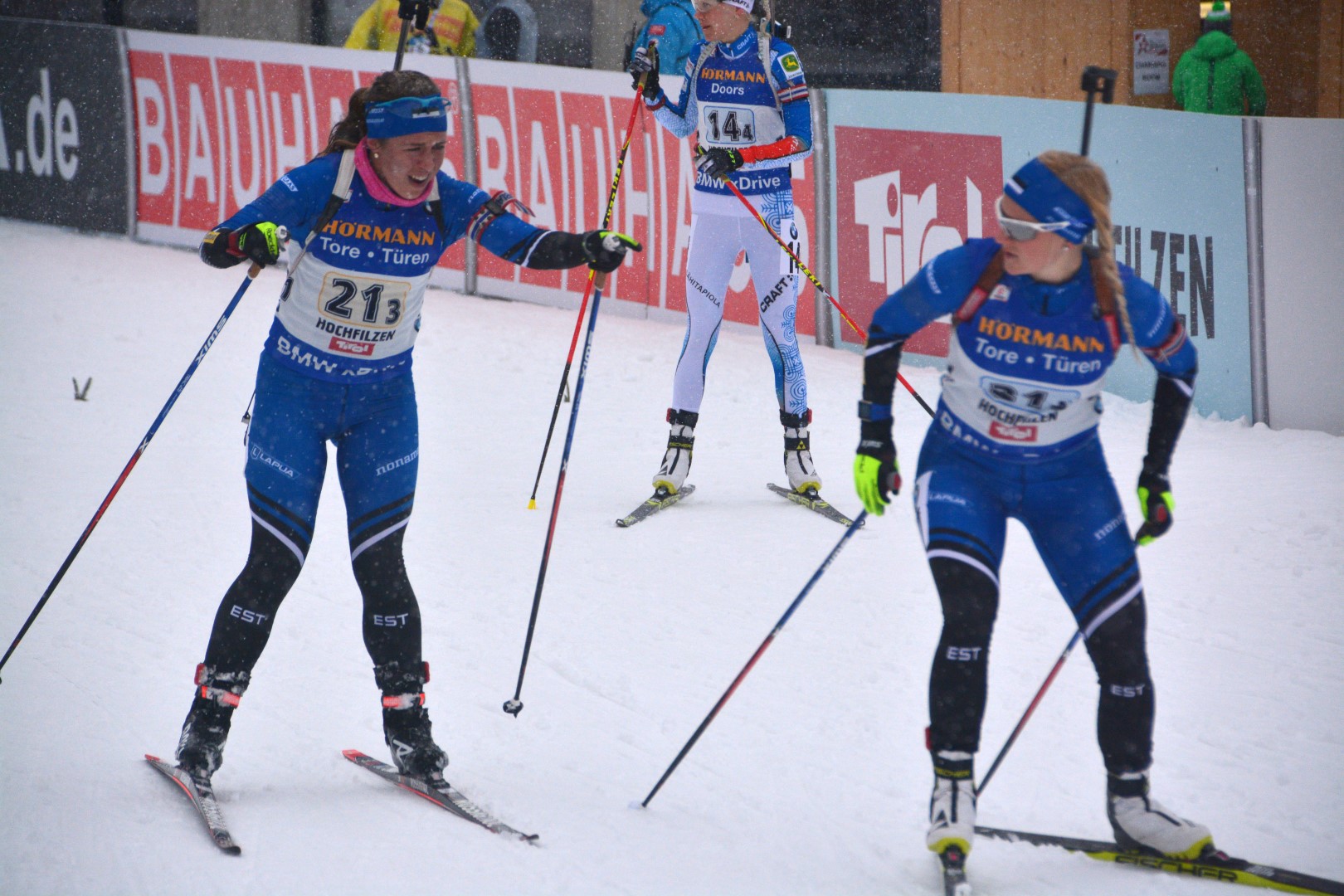 Johanna Talihärm of Estonia tags off to Kristel Viigipuu in the relay at World Championships, where the team finished 19th. (Photo: Glen Crawford)

Of all the competitors at 2017 IBU World Championships in Hochfilzen, Austria, it’s doubtful that too many were studying as much as Johanna Talihärm.

The Montana State University sophomore was appearing at her fourth World Championships, and also represented Estonia at the 2014 Olympics. She has been the top Estonian biathlete in the women’s World Cup field for several years.

“I don’t think anyone is studying with more than half time-credit load,” laughed Talihärm, who said that her major in business management has been tough to manage this year. “I’ve been struggling with being very tired and having a really, really high course load in school right now, so it has not been ideal. We have been working with my coaches on some of my technique issues and stuff like that so hopefully it’s going to get better.” 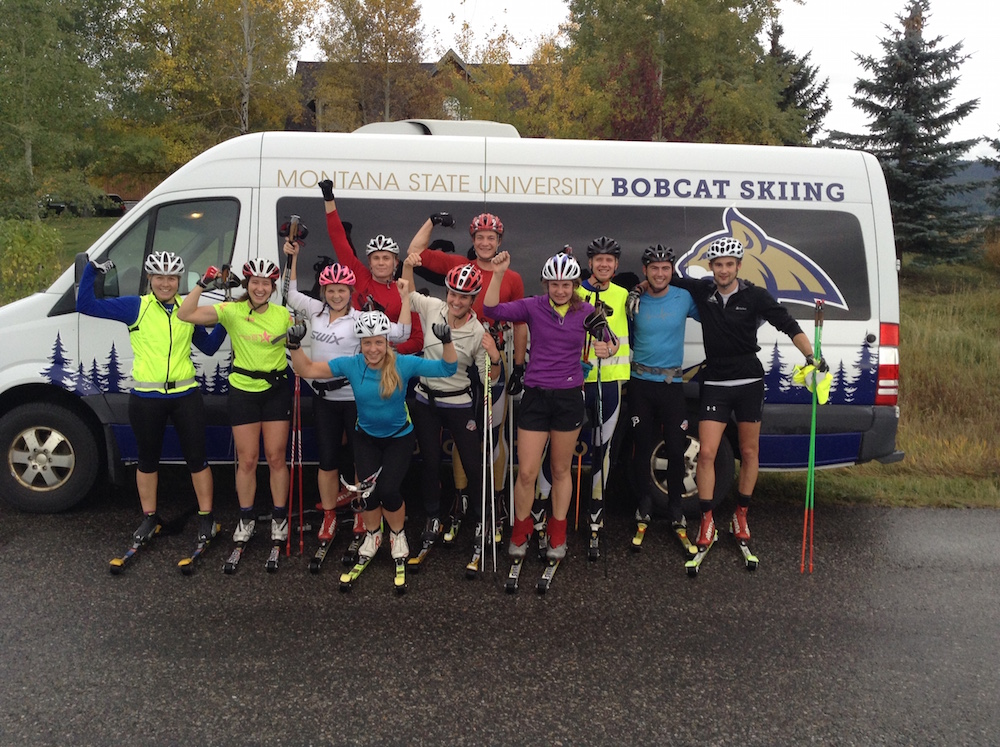 Talihärm was 13th in the 5 k freestyle at NCAA Championships last season. Then she spent the summer training with the Craftsbury Green Racing Project in Vermont, before returning to Montana.

Her whirlwind year only got crazier when race season started. She started on the World Cup, then went back to Montana and did a few NCAA qualifier races. She loves her college team and is a major contributor to their success; at the MSU Invite she finished 10th in the 5 k freestyle, the second Bobcat on the results sheet.

“It’s so weird to know that they were coming back from Alaska yesterday, and I’m not with them,” Talihärm said. “I miss them, obviously. It’s very positive team. We have a great group of girls and we have awesome coaches. It’s more relaxed in some ways, so that’s really nice.”

But on the other hand, it would almost be easier if she wasn’t so dedicated to her college team.

Because after some NCAA racing, it was on to World Championships, where she finished 87th in the 7.5 k sprint and 57th in the 15 k individual. She had just two missed shots, but wanted better shooting because her result was limited by her ski speed on the day.

“It was all right,” she said after the individual. “It was really, really, really hot skiing, but shooting was fine. Of course those two mistakes were so close. But it was okay.”

Johanna Talihärm competing at the 2014 Olympics, where she finished 48th in the sprint.

Her best World Championships racing came in Kontiolahti, Finland, in 2015, when Talihärm finished 39th in the sprint and 44th in the pursuit. She also has two top-40’s in World Cup racing.

“Obviously they want me to come to all the races because right now I’ve been the top girl,” she said of the Estonian team’s attitude towards her decision to go to college. “So I’ll try to help them as much as I can because we’re fighting for the Olympic [quota] spot. But they’re happy when I can come and they know that school is important to me. They know that I’m 23 years old, so I have time. And if I graduate, which should be next year, it’s good.”

At the same time, Talihärm hopes to go to the 2018 Olympics, and knows that to perform well there would likely mean taking a less intense courseload than she is this season.

“This year it has been a little too much, and I’ve been very stressed at school because I’m taking harder classes and more classes,” she admitted. “It’s kind of interesting–sometimes it works out so well, and sometimes I’m like wow how do I do this? How can I be racing with all those World Cup skiers who are training every single day, and I’m racing nordic skiing, going to school, traveling across the ocean all the time, and it’s sometimes I don’t know how it works out. It just does.”

The post Talihärm Top Estonian at World Championships, and a Montana Student-Athlete appeared first on FasterSkier.com.