Liz Stephen had the eighth quickest time of the day (37:25.six), but even now finished 5:31.9 seconds behind Norwegian Marit Bjørgen (36:37.9), Thursday’s winner and total Tour leader. Stephen remains in 14th in the Tour standings.

USST Head Coach Chris Grover stated that Stephen had a good race, even even though it is not a course that plays to her strengths.

&#8220There is not considerably V1 in it it is far more of a big powerful skier kind program with a lot of V2, V2 alternate, a whole lot of transitions,” he explained. “But an additional wonderful functionality by her.”

Meanwhile, Kikkan Randall – who made the decision that this would be her last race of the Tour – enhanced three areas to finish 25th (seven:21.7) and posted the 17th fastest time of the day in 37:53.six.

Randall was coming off what she described in an e-mail to the press as a “disappointing” 5 k traditional race on Wednesday.

“It seemed like it was going decent through two.five k and then I ran up against a wall yet again striving to really shift into my leading climbing gear. I fell apart in the 2nd half and crossed the line way off my expectation,” she wrote.

Randall explained that in Thursday’s 15 k she began in a wave of other skiers and had a tough 1st lap, but improved as the race progressed.

Kikkan Randall racing in the five k traditional in the fourth stage of the 2015 Tour de Ski (Photo: Fischer/Nordic Concentrate)

“The initial lap my body was slow to respond but it came alive via the race and I ended up feeling powerful on the 2nd and third laps. I was capable to move up a handful of places and end with a much more satisfying hard work,” she wrote.

Randall will not participate in the final two phases of the Tour, which she was never planning on finishing.

“The large focus on the season is even now the Falun World Championships and I am focusing all my efforts on getting in the very best form in February,” Randall explained.

Now, Randall will travel house to Alaska, Grover explained, and “spend about sixteen days at house just to type of take a break from the Planet Cup and just get re-centered and not emphasis on traveling and racing so a lot.”

Jessie Diggins, who was 40th on the Tour, did not begin on Thursday.

Grover explained Diggins woke up with a cold, and determined it was not really worth it to keep pushing.

“She was truly hoping to do the complete Tour so just a bit of negative luck, but that is just part of the game in the Tour de Ski. It is so significantly racing and so a lot traveling, it is just a battle to remain healthful,” Grover mentioned.

Diggins completed the Tour the last two years, taking 21st in 2013 and 13th in 2014. Now she is focusing on the Planet Championships, Grover explained, and will go to a coaching camp with Stephen before World Cup races in Rybinsk, Russia, from Jan. 23-25.

The women’s group is now left with just 1 athlete, Stephen, racing in the Tour.

“That is a bummer to just have a single athlete at the end, but we knew we would be tiny at the finish anyway,” Grover explained. 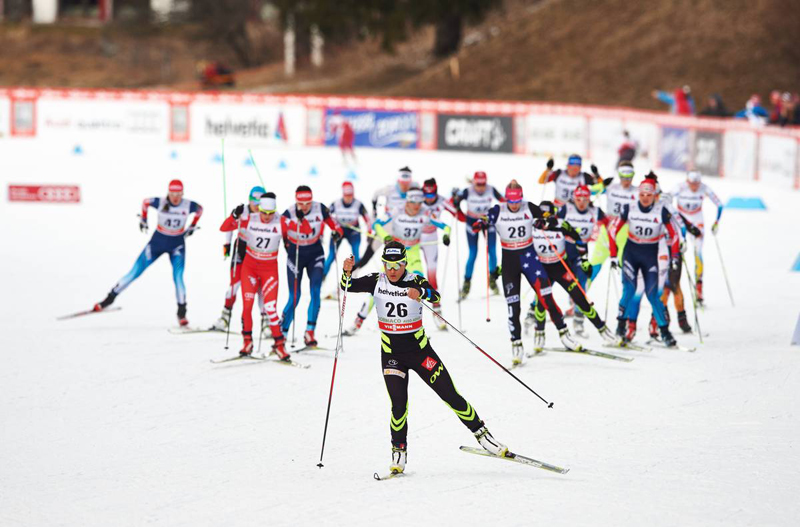