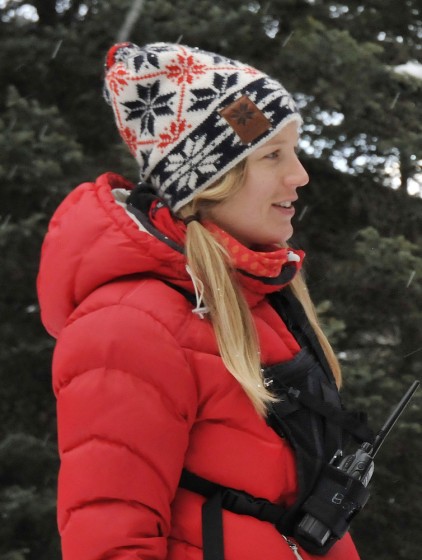 A return to one’s roots can often lead to new opportunities. Such is the case with Kristina Trygstad-Saari, a Bozeman, Mont. native and Bridger Ski Foundation alumnus who has now taken the position as the ski club’s elite and post-graduate coach for the 2014-2015 season.

Trygstad-Saari found her start in nordic ski racing with the Bridger Ski Foundation and found great success in her skiing under the guidance of head coach, Dragan Danevski. After nine junior national titles, Trygstad-Saari attended the Junior World Championships in 2002 and earned one of the top finishes by an American woman in the Championships after finishing sixth in the 5 k freestyle.

After her junior years were over, Trygstad-Saari made her leap to the collegiate circuit at Dartmouth College, where she skied with the Big Green for two seasons. She left New Hampshire in 2007, ready for a break from ski racing. However, when the 2010 Olympic Games were on the horizon Trygstad-Saari was ready to give it another go, and adorned the red BSF racing suit along with former teammate Leif Zimmerman. While her bid for the Olympics was unsuccessful, it resulted in her continued involvement with the Bridger Ski Foundation. 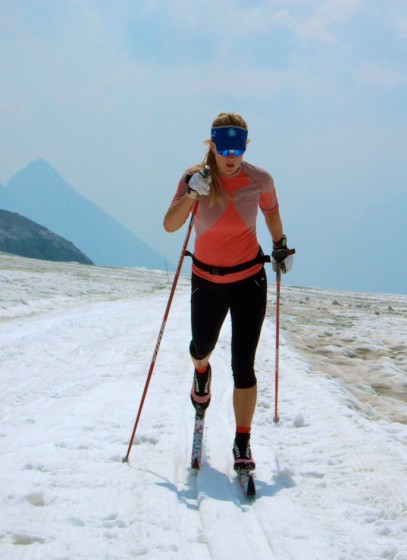 With her beginnings as a coach in the U14 age group, she made her way up through the ranks of the coaching staff, until she left Bozeman to be the men’s assistant team coach at Dartmouth for the 2012-2013 season, helping the team earn a fifth place finish at the 2013 NCAA Championships in Middlebury, Vt.

Since her season-long stint at Dartmouth, Trygstad-Saari, returned to Bozeman and BSF in the hopes of revitalizing the masters program as well as creating a new citizen’s race series aimed at attracting members of the community who were uninvolved with the ski club.

“In the past we had a masters coach but it hasn’t been super established and we’ve rotated coaches through each session,” Trygstad-Sarri said of her position. “I kind of wanted to take that on and make it a more established program for a year.”

She considers her work last season a success, especially in regards to the citizen race series, hoping that the progress she made will continue in the future. “It was our first year doing it and it actually went really well. We had between 50 and 75 skiers at every race and a lot of those were citizens racers and not from BSF. We felt really great about how it went.”

With the departure of BSF coaches Tim Baucom, who is headed to Sun Valley as a wax technician, and Andrew Morehouse, who will take over as Montana State University’s new assistant coach in the fall, a void was opened in the elite coaching staff of BSF. Due to her history with the club, success in both national and international racing, and experience coaching, Trygstad-Saari was the perfect fit.

With her new position as elite and post-grad coach, Trygstad-Saari’s main goal is to create a cohesive team atmosphere that not only helps skiers attain their individual goals but also helps further the team as a whole.

“Even though skiing is an individual sport, we’ve seen that it’s really important to have a good group to train with and be with and live with and travel with,” she said. “I would really like to establish a more cohesive group and bring more people to Bozeman and up our elite team status in the world of elite teams.” 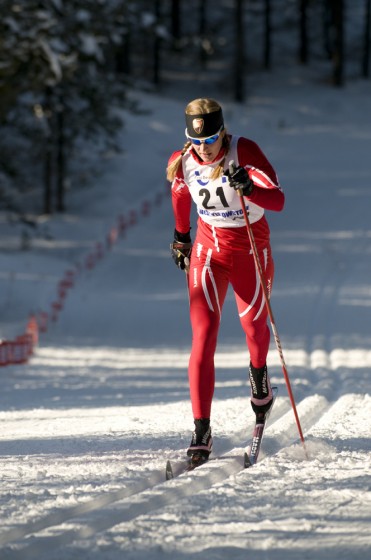 Her task at creating such an environment will become easier this year, as the team will see an influx of new skiers who will join veteran Jennie Bender, the 2014 U.S. national champion in the freestyle sprint. They include Trygstad-Saari’s former Dartmouth athlete, Sam Tarling, Eric Wolcott (St. Lawrence and CXC racer), Riley Eusden (Bowdoin), former BSF skier Sawyer Kesselheim, as well as a variety of post-grad skiers.

As of publication, there was no word on whether 2014 Olympian and national champion, Torn Koos, would return to the elite team in any capacity. Either way Trygstad-Saari is willing to accommodate.

“Torin is finishing up school right now and he is deciding if he is going to be racing right now. We’re not sure about that,” she said. “I think he’s done with his full-time skiing career but we’re open to other options.”

In all the talk of Trygstad-Saari heading the elite team, there has been little mention of BSF head coach, Dragan Danevski. However, his role will remain the same as it has in past years, as Trygstad-Saari assumes the role of elite coach.

“She’ll run workout and communicate with athletes and I will be in the back supporting,” he said in a phone interview. “I’m working with Kristina on developing the year round plan and trainings and volume of training and intensity and wax. Athletes will have access to talk to me, or they will go through Kristina, and Kristina will ask me these things.”

At the end of the day, Trygstad-Saari is happy to be working with her former coach in the community where she developed her skiing career.

“Dragan is a really great leader and he provides a foundation for all of this and I’m excited to work with him and learn from him and be able to execute the job on my own on a daily basis but have him back me up and help me out,“ she said. “I think that BSF and Bozeman have a lot to offer skiers and we have a lot of potential in this area. We’ve spent a lot of time trying to put these teams together so I think that we have the opportunity to take another step in the right direction.”