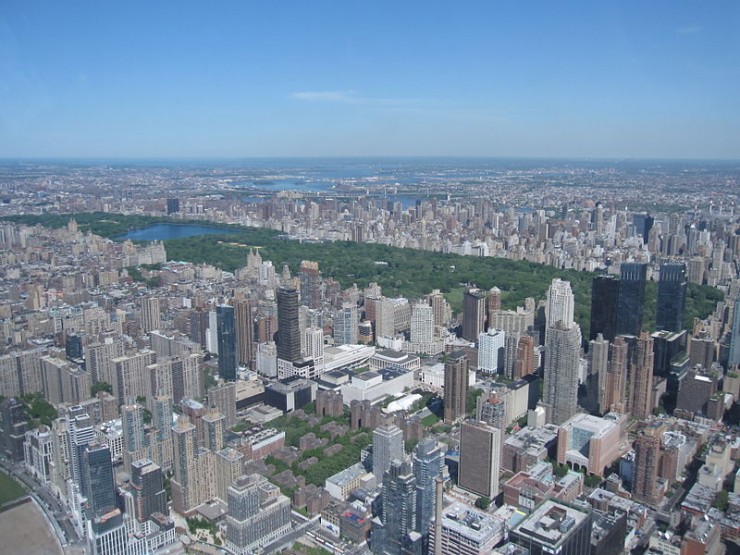 While plans for a New York City World Cup were put on hold at the 2014 FIS Congress in Barcelona, Spain, there is still a possibility the event could take place in the coming years. (Photo: Gryffindor, Wikipedia Commons)

Skiers from all corners of the world were curious, excited, and ultimately disappointed by the unrealized prospect of a New York City World Cup in the 2015/2016 season. News of the project broke as the International Ski Federation (FIS) began its annual congress June 1st, but the plan was quickly dismissed when the U.S. Ski and Snowboard Association (USSA) withdrew its bid for the event.

With the project on hold the future possibility of a New York City World Cup is uncertain, and with uncertainty comes many questions.

To answer these questions, FasterSkier turned to FIS Subcommittee Chairman on World and Continental Cups and U.S. Ski Team Head Coach, Chris Grover, who recently returned from the FIS Congress in Barcelona, Spain.

According to Grover there were many incentives to host a World Cup in New York City as opposed to a more traditional venue such as Lake Placid or Soldier Hollow.

“New York City is attractive for a lot of reasons,” said Grover in a phone interview. “They actually have a history of putting on winter events, including some skiing events in Central Park. The state of New York and the City of New York also have some money to contribute to brining a winter sport to New York.”

The financial aid from the both the city and the state would have been paired with the organizational support of the New York Olympic Regional Development Authority (ORDA), which is based out of Lake Placid.

Grover also stressed the significance of having a World Cup in what many would say is the most important financial and media center in the world.

“The idea would be to take cross country skiing, a sport that has some growing recognition within the U.S., and to really try and build a lot more recognition of what’s happening; to be able to showcase our athletes in a place where potentially thousands of people are on the side of the track,” said Grover.

A World Cup in New York City would also ensure that many of the circuit’s best skiers would attend, a feat that is often difficult in most North American locations. According to Grover, New York’s proximity to Europe and the structure of the event (two city sprints; individual and team), would have eased many of the complications that World Cup athletes face when traveling to North America.

“The costs of doing [a World Cup] are big, so in order to host an effective event in North America you really do have to make it attractive to athletes that are outside of North America,” he said.

Grover suggested that there could be several other venues in the U.S. that would host a successful U.S. World Cup; mainly northern cities like Chicago. While many traditional cross country venues would deliver challenging terrain and many kilometers of skiing, spectator turnout would be exceptionally low due to the rural nature of most ski areas in the U.S.

Furthermore, a media capital like New York City is an excellent place to showcase the rise of U.S. skiing.

“For us, a city sprint has a lot of attractiveness right now because we have such good sprinters,” said Grover. “Our plan for New York City was to do a skate sprint and skate team sprint and those are obviously two events where we can really showcase U.S. athletes in front of a home crowd and hopefully in front of many, many people and raise about cross country skiing in the U.S.”

There were many challenges that organizers faced in the attempt to bring a weekend of World Cup racing to New York City.

First and foremost was the financial burden of the event. Even with support from both the state and city, USSA would have struggled to cover the costs associated with hosting the event.

The planned timing of the World Cup only exacerbated the financial concerns. Due to a new Canadian Tour in 2016 and other scheduling commitments, the New York City World Cup would have been held in late February. With questionable snow conditions and relatively warmer temperatures in late February, organizers would have had to make more snow and store it for longer, thus increasing the proposed budget.

“It’s not worth doing at the expense of having to underwrite a project that basically has us spending more on that project than we do on our budget for just one weekend of racing,” said Grover.

In addition, there were already too many World Cups in the schedule even before the New York application was submitted.

“We try to have these well-kept calendars in place several years in advance so that organizers know that they are going to have a World Cup, know when they are going to have a world cup and can really start to do all of the planning that is required for the event,” said Gover. “So we came to the process a little bit late and at this point one of the big challenges we had with the 2015/2016 season is that were already too many world cups in it.”

According to Grover, both the USSA and FIS are still pursuing a New York City World Cup in the coming years.

In order to overcome the many challenges of hosting a World Cup, Grover suggested partnering with Canada.

“If we can partner with more Canadian World Cups then we can entice all the European teams.”

FIS has yet to complete the cross country calendars for seasons after 2016, but Grover believes the next possibility for New York would be in the 2017/2018 season. However, with the Olympic games in South Korea that February, scheduling will once again be a challenge.