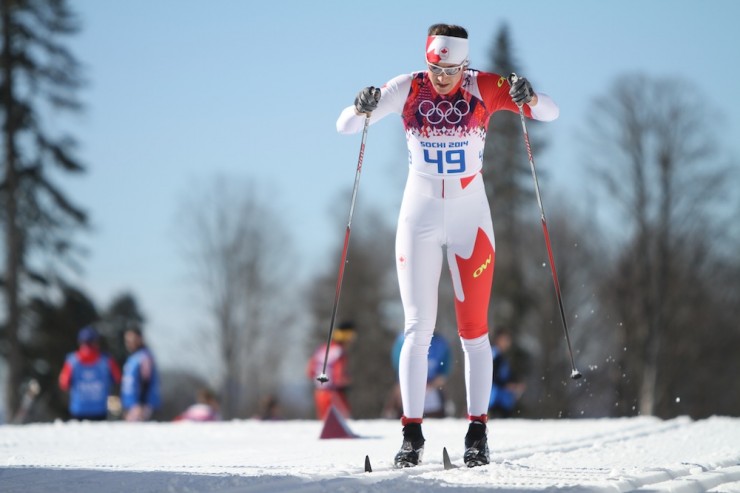 Dasha Gaiazova of the Canadian World Cup Team racing to 44th in the 10 k classic individual start at the 2014 Olympics in Sochi, Russia. After 10 years of World Cup competition and two Olympics, Gaiazova recently decided to retire.

CANMORE, Alberta — It turns out Daria Gaiazova took her final international cross-country ski race where her career all began – in her native Russia at the 2014 Olympic Winter Games.

The dual citizen, who along with teammate Ivan Babikov had the rare opportunity to race back-to-back home Games in Canada and Russia, has decided to call it a career. The 30 year old, of Banff, Alta., raced 10 years on the World Cup circuit where she captured two bronze medals. 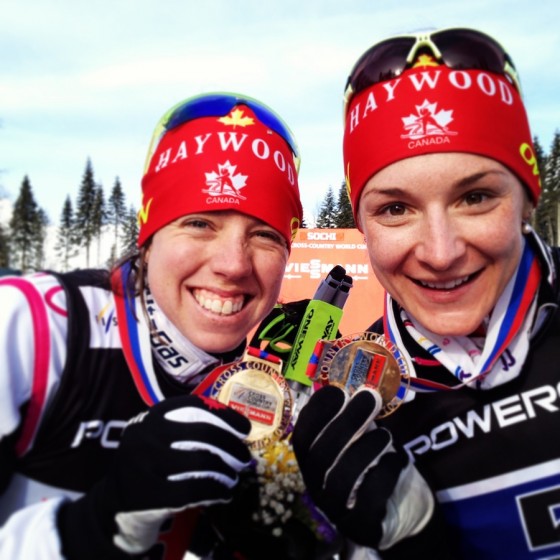 “I thought I had a little more left in the tank, but having some good discussion with my dad while on a bike trip in Scotland, I realized the time is right to leave the competitive side of sport,” said Gaiazova. “Truly I can’t think of a better way to go out. To have a rare opportunity to race two Olympic Games in my home countries.”

The top-ranked female skier over the last four years in Canada, Gaiazova twice climbed onto the podium in team sprint races. Her first medal came with Chandra Crawford in Dusseldorf, Germany, in 2010. She then teamed up with Perianne Jones to win another bronze medal at the Olympic test event in Sochi one year out from the Games. Her best individual World Cup finish came in a classic-sprint race in Liberec, Czech Republic in 2013 where she placed fourth.

“As much as I’d love to race competitively forever, there comes a time when the body says it is time to go,” said Gaiazova. After 10 years of intense training, and living out of a suitcase while competing around the world, Gaiazova is thinking of settling down in Alberta’s Bow Valley Corridor in search of the next opportunity life presents her.

“The last four years have been nothing short of a grind, and right now I want to take some time this summer and research what I want to do next,” said Gaiazova. “I know one thing for sure is I still want to be involved in sport at some capacity. I love giving back and inspiring our country’s next generation of Olympic and Paralympic athletes. I will take some time and do something that I love.

“I will miss the countless hours of training alongside the girls and all of my teammates. My team and I have been through a lot in all corners of the planet. I will miss all of the great coaches that have pushed me to be my best, but I will take the precious memories that I have accumulated to the next stage in life. I can’t thank every one enough in the Nordic community for your incredible support. It has been an exciting ride.”