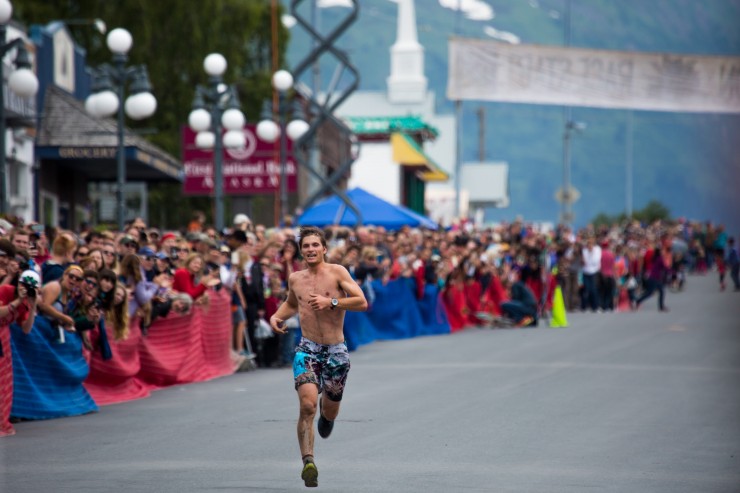 For skiers aspiring to World Cup starts, a World Championship or Olympic birth, the International Ski Federation’s (FIS) website can be either a glimmer of hope or something to smudge out dreams. The FIS site allows for a query of any single athlete: there you can analyze the full historical record of a skier’s FIS race results. It’s essentially an elite skier’s domestic and international rankings laid bare.

This last year of domestic racing proved it may be time for 25-year-old Alaska Pacific University (APU) skier David Norris to break into the international racing scene. A quick analysis of his recent results on the FIS site reveals a skier steadily becoming one of America’s top-tier skiers.

In January of this year, Norris won his first Super Tour in Lake Placid, N.Y., a freestyle sprint. The next day, he came up huge again, winning the 10 k classic. Three weeks later, Norris capped off the cold months of winter with an American Birkebeiner win.

Despite the uptick in positive results, Norris’s late-season push did not qualify him for U.S. start rights at the Ski Tour Canada. His strong finish to the season, he also placed third in the 50 k classic at U.S. Distance Nationals, makes him a skier to watch this winter. He’s also a mountain runner to watch — Norris won his first-ever Mt. Marathon Race, a storied uphill and downhill running/scrambling race in Seward, Alaska.

FasterSkier interviewed Norris for its latest podcast episode. Norris describes his efforts to heal from a debilitating virus which prevented him from training seriously during the 2013/2014 season and his uncanny ability to pretty much just show up and crush the Mt. Marathon course in record time. He did so even after last year’s Mt. Marathon men’s winner, international trail-running and ski-mo star Kilian Jornet, set a new benchmark.

“I did go camp in Seward for a weekend a few weeks before the race. I went to the top only once, but I did a few laps of the lower section, where there’s more, I think there’s more danger, and more importance on knowing the specific route you want to take. So I practiced that a few times,” Norris said of his less than hyper-detailed study of the Mt. Marathon course.

What is clear is that Norris is a quick study, calculated risk taker and able to harness his serious lung power when it’s on the line.

For the full podcast interview click the play arrow below.