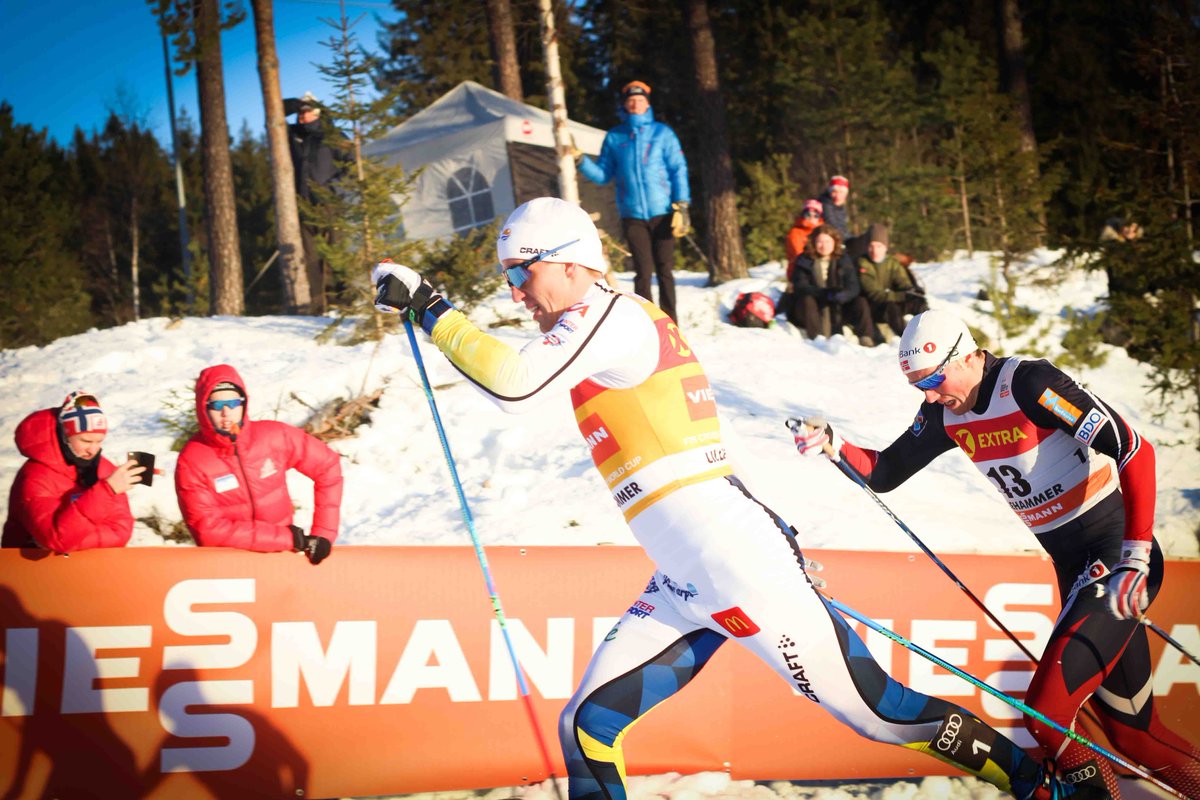 Welcome to The Rundown, your quick primer of need-to-know information about the day’s racing. We’ll be updating this digest as the day goes on with additional results, photos and quotes. The Rundown is NOT a race report; stay tuned for complete race reports later today with interviews from the day’s top racers.

For the second time in her career, Sadie Bjornsen of the U.S. Ski Team (USST) won a World Cup sprint qualifier on Friday, Day 1 of the first mini tour of the season in Lillehammer, Norway.

After turning 27 last week and finishing 17th in both races at the Ruka World Cup in Finland, Bjornsen put down the fastest qualifying time in the women’s 1.3-kilometer classic sprint, by 0.29 seconds over Norway’s Maiken Caspersen Falla, who qualified in second.

In the heats, the women’s third-fastest qualifier (who was third in the first two races of the season), Heidi Weng of Norway won her quarterfinal and semifinal and finally, the final, by 0.48 seconds over her teammate, Falla. (It was Falla’s second runner-up finish in as many classic sprints this season.)

Meanwhile, Diggins led the U.S. women in 14th overall after all four did not advance to the semifinals. Diggins finished third in her quarterfinal, just 0.22 seconds behind Belorukova and 0.14 behind runner-up Kathrine Rolsted Harsem of Norway, respectively.

Bjornsen finished in, you guessed it, 17th for the third-straight race after placing fourth in that same quarterfinal, 0.82 seconds behind Belorukova.

In the men’s heats, Halfvarsson took it all the way to the final, winning his first World Cup race in three years (since a skate sprint win in Oberhof, Germany, in December 2013). There, he beat out Norway’s Emil Iversen by 0.12 seconds at the line, and Sweden had two on the podium with Teodor Peterson in third (+0.54). Finland’s Iivo Niskanen placed fourth (+4.01), Sweden’s Emil Jönsson finished 42 seconds back in fifth, and Golberg crossed the line nearly 2 minutes after Halfvarsson in sixth.

Harvey notched his first top 10 of the season in 10th overall, after placing fifth in his semifinal. (Notably, the same semifinal where Halfvarsson received a yellow card for obstruction, but was allowed to start the final. Norway’s Finn Hågen Krogh and Sondre Turvoll Fossli were relegated to 29th and 30th, respectively, for technique infractions in the heats.)

Then there was Valjas, who led his quarterfinal until late, where Norway’s Martin Johnsrud Sundby initially picked up the pace and Petter Northug came from behind to win the heat. Just 0.05 seconds back, Niskanen took second and Valjas just missed out on advancing to the semifinal in third (+0.19). Overall, Valjas placed 13th for his best World Cup result since the Canmore classic sprint last year at the Ski Tour Canada (STC), where he placed 11th.

Bjornsen finished 24th (his best World Cup result since finishing 20th in the Quebec skate sprint at the STC) after placing fifth in his quarterfinal, 3.69 seconds behind Klaebo, who won that heat.