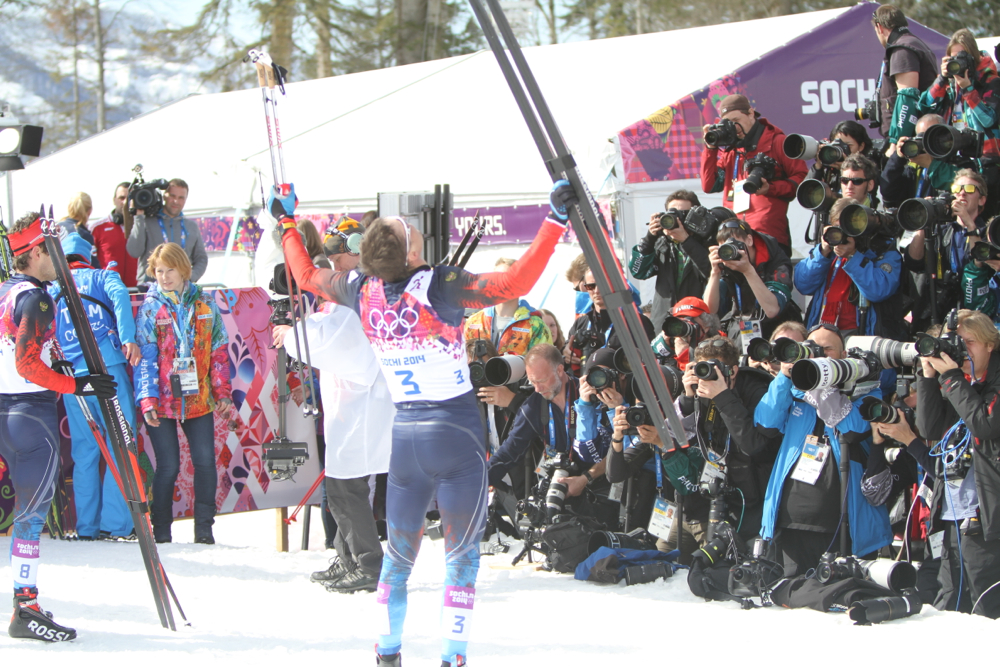 (Note: This article has been updated to include the IBU’s official statement in response to the McLaren report, published in an IBU press release on Friday.)

What’s a sports federation to do when informed that 13 of its athletes (skiers — not distinguished by discipline, whether it be cross-country, nordic combined, jumping, alpine or freestyle) were involved in the cover-up of positive doping tests between 2011 and 2015? Or even 10 — the amount of Russian biathletes’ samples found to have been “disappeared” by the Moscow anti-doping laboratory during that time period?

The good news for an international sports federation like the International Ski Federation (FIS) is, they’re dealing with winter sports in summer. That buys them more time to make a plan of action when deciding how to deal with the allegations against Russia and its systematic doping confirmed in the McLaren report earlier this week.

In response to the 97-page independent report, which made no recommendations for action and left it up to the World Anti-Doping Agency (WADA), the International Olympic Committee (IOC), international sports federations (IFs), and relevant authorities moving forward, WADA’s executive board outlined seven recommendations for affected federations. Most prominently, they called for a complete ban on Russian athletes from the upcoming Summer Olympics and Paralympics in Rio de Janeiro, Brazil.

The IOC Executive Board then came out with a list of “provisional measures” of its own, applicable until further review this December. Among the measures, it asked Professor Richard McLaren to share the names of the Russian athletes implicated in the “disappearing positive methodology” (i.e. the 13 skiers and 10 biathletes) with their respective IFs, and for all winter sports federations to “freeze their preparations for major events in Russia, such as World Championships, World Cups or other major international competitions under their responsibility, and to actively look for alternative organisers.”

So how is FIS moving forward? For starters, they are relieved to have more time to process these findings than, say, a summer Olympic sports federation.

“As far as the winter sports federations are concerned, I don’t think I need to repeat the fact that the whole situation is utterly, utterly, shocking, appalling,” FIS Secretary General Sarah Lewis, also the secretary general of the Association of International Winter Sports Federations (AIOWF), said on the phone Wednesday. “It is totally against all of the values that we believe sports stand up for and that it’s built on trust, on fair play, on demonstrating personal excellence, et cetera, et cetera…”

Because at least six of the seven winter IFs were mentioned in the report, decisions on how to move forward will be made at a previously scheduled AIOWF meeting in early August at the IOC session in Rio.

“This will clearly be the main item on the agenda so that we can all address this jointly, commonly, exchange information, exchange positions, and potentially there can even be areas where we can undertake some management matters together as well in order to try to expedite and consolidate the process,” Lewis explained. “That’s what we’ve agreed to do because our season isn’t immediately around the corner and [the] Olympic Games on our doorstep, as is the case for the summer sports. In fact, this time next week, I’ll be on my way to Rio and meeting the IOC already at the end of next week in order to be able to obtain more detailed information.”

In terms of what information FIS currently has, Lewis explained that it “is in the process of obtaining information about specific names of athletes and/or other persons who may be subject to an anti-doping rule violation.”

Once information is obtained from WADA to follow up on, FIS will then proceed with results management based on FIS rules and the WADA Code, and will do so on an individual, case-by-case basis, she added.

“How the process works, if there are any tests connected with the Olympic Winter Games, which of course the investigation was centered around, then it’s the IOC’s responsibility to undertake the results management there,” Lewis said. “But what will be addressed is whether this can be addressed in a joint way with the respective international federation when the IOC has to carry it out anyway. The IOC only has the authority to be able to sanction the person related to their participation at the Olympic Games and then they give then the task to the respective international federation to follow up with any further sanctions and procedures under their jurisdiction.”

When it comes to freezing events, such as Cross-Country World Cup finals in Tyumen, FIS has eight major events across its sports previously scheduled in Russia. They are now suspended until further notice to comply with what Lewis explained as an immediate measure from the IOC.

“The decision of the IOC Executive Board hasn’t even been communicated for 24 hours, and I haven’t been dealing specifically with whether there are other organizers who have already offered to step in. That’s in the hands of our cross-country management,” she said. “One thing is freezing the events now and it’s quite another story whether it’s going to be necessary to reassign events. But in any case, don’t worry, there won’t be a shortage of organizers for the [events]. Everyone wants to do the best thing for the sport and be committed to it. And for sure, other nations will be ready to rally around to ensure that the athletes and the World Cup circuits are not affected, should it be necessary.” 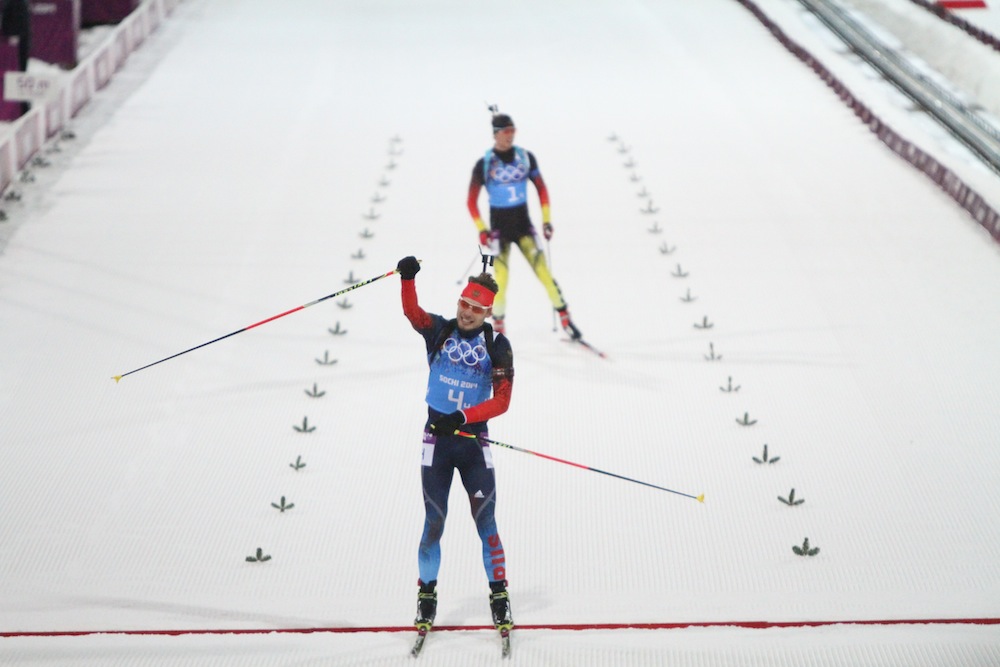 In an email seeking a comment on the McLaren report, International Biathlon Union (IBU) Secretary General Nicole Resch responded on Wednesday, “Due to travelling I did not have the chance to read the full report yet.”

Resch did not respond to a follow-up email requesting to speak with another IBU spokesperson.

The IBU released a statement on Friday, noting: “The IBU is truly appalled and deeply saddened by the findings of the McLaren Report (IP Report).

“The IBU has always emphasized clean sport, fight against doping and protection of clean athletes as its top priorities,” the press release continued. “We will therefore carefully evaluate this report and the recommendations of the IOC and will proceed with investigations concerning references to biathlon included in the IP Report. If and when appropriate, the IBU will not hesitate to open disciplinary proceedings against bodies or persons subject to infringements of the IBU Anti-Doping Rules.”

Lowell Bailey, a U.S. Biathlon team veteran and IBU Athlete Representative, said he was awaiting an official statement from the IBU as of Wednesday.

“The McLaren report specifically says that they advise that no international federation should hold international competition in Russia,” Bailey said on the phone. “So in my mind, I think a strong response from the IBU, something that would be a definitive sign that they are very much supporting and fighting for clean competition would be to ban the upcoming Tyumen [World] Cups. I think that’s the least they can do at this point, is to show that, no, we are not complicit, we are not OK with this and as a punishment, we’re moving the World Cup…

“I think it’s just really unfortunate if we are outwardly saying, as a sport, ‘We hear you, WADA, and we are very much against doping and we are trying to clean up our sport,’ then in the same 12-month period to go and hold a World Cup in that country, which is in violation of the WADA code. I think that’s a double standard,” he added. “So I’m hopeful that the IBU will do the right thing…”