Supertour Field Reports &#8211 what the teams utilized in their own phrases:

Problems: Hard packed corduroy with sub zero Fahrenheit temperatures. Lows both nights exceeded -15 degrees F with minimal humidity. Sprint loop grew to become a little sugary on the surface with numerous skiers on program, but maintained its firm base. Distance loop stayed difficult packed on Sunday during the whole day. Temperature throughout the races was warming through the teens.
Toko Wax Utilised: Both days- Paraffin Toko HF Blue with X-Cold Powder. Topcoat: Old Toko Moly Block.
Several topcoats had been examined both days and the Outdated Toko Moly block won. We were lucky to have a block left in our box from many years ago. I don&#8217t think it is created any longer.
Colin Rodgers, Head Coach Sun Valley Gold Elite Staff

Can&#8217t say it enough but that the new Helix two. sprays rock! Effortless to apply, always a secure selection and actually was impressed with the slipperiness of the blue spray in extreme cold and the leading finish speed on the red spray in these intermediate temperatures!
West Yellowstone Friday Sprint:
In order to conserve time on race morning I ran a honest volume of paraffin and powder exams a number of two days in a row before sprint day. I did not like the way powder was generating the skis run compared to blocks and sprays so I devoted more check time to different paraffin and topcoat build ups as durability genuinely won&#8217t a concern. I experimented with a handful of combos ranging from truly striving to harden the base of the ski (repeated coats of cold wax) to maintaining the paraffin much more neutral with a shell hardener in excess of the HF layer. I truly liked the later selection, particularly in somewhat warmer temperatures than the single digits we were seeing prior to sunrise so I simply set up athletes with a colder trending option for the morning and a slightly warmer heat ski selection for after there was some solar result for the duration of rounds.
Testing topcoats on race morning I sent most every person in the group out on Jetstream two. Blue block with Helix 2. Blue spray. The sprint course was surprisingly variable, particularly in the afternoon simply because of strong warming from the sun. I felt that the Blue Helix did a excellent job freeing the ski, specifically so when climbing back into the stadium more than the blue block alone. Running a quick construction test in the AM, I left cold skis as is, and did not hand structure the heat skis unless of course they had been on a cold ski yet again for the rounds. In the course of the heat of the day, Matt Boobar and I actually switched to Helix two. red over Jet blue block for a period as it was working far better in the sun and visitors and gave greater finishing speed for the lanes. By the junior rounds, we had switched back to blue spray as the sun was going down and the temps with it.
West Yellowstone Saturday Distance:
I quite a lot ran the identical under layers for the distance race the up coming day, setting up early man starters with a fairly cold paraffin option on a &#8220green&#8221 ski and a somewhat warmer paraffin choice with less hardening powder for a &#8220blue&#8221 ski . For the warmer skis, and the girls who began mid day I also ended up burning powder for some additional sturdiness. As the snow had witnessed a lot more skiing and grooming considering that testing a few days ahead of, I felt it was obtaining to be much more competitive and much less of a liability. A fast test of some different powders race morning confirmed this even early in the morning soon after temps had dipped down in direction of -20+ for several hours.
Testing topcoats race morning, I once more chose to go with blue Jetstream 2. block and helix spray in the morning for the slipperiness when climbing and at a working velocity. I located some other topcoats that had been working far better on downhills at high speed, but felt that with the cold, slow snow it was most crucial to totally free up the ski during the work sections of the program. Guy starters acquired a light broken hand framework with ultra fine linear more than the tails. Women acquired slightly more hand framework as sun and site visitors commenced to to move sections of the course away from the actually actually cold aggressive snow we noticed early in the morning. By the time of the girls race I felt the snow had warmed sufficient in spots that jet blue would have been a bit cold in the sun, and red a bit warm in the shade. As an intermediate stage before going straight red, I need to have mixed the two blocks and experimented with mixing the helix sprays but without having satisfactory testing I wasn&#8217t prepared to danger making use of the race and athletes as the test! Anything to play about with throughout rapidly warming trends that frequently happen with
Western sun just before the Sun Valley races here!
Patrick O&#8217Brien, Head Coach SMS T2 Staff 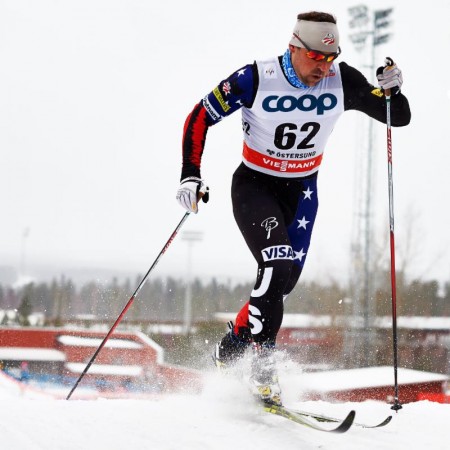 1. Who was your skiing position model when you had been expanding up and why?
Jens Arne Svartedal. I can into the aggressive side of this sport later on in life (about 18) and began following the Planet Cup. He was always the racer that stood out to me as 1 I wanted to ski and race like. For me, he was the champion I rooted for!

2. What skier inspires you at the moment and why?
All of the children on the Bend Endurance Academy Comp team. I know that sounds odd, but for the vast bulk of our little ones (and kids in this nation in standard), the end of Higher School is the end of their competitive racing careers. So why do they demonstrate up, day after day, and place their heart and soul into coaching? Why do they go to bed early, prioritize homework so they can both train and rest? Since this sport can give so much back to those who are prepared to give themselves to it. It&#8217s actually admirable, the pursuit of individual excellence with practically nothing hinging on the finish outcome. The journey IS the reward, in so numerous ways.

three. Favourite race course and why?
Oak Hill, Hanover NH &#8211 the 7.5k loop. It doesn&#8217t get skied really frequently due to the fact of snow problems, but aside from the nostalgia that program holds for me (becoming my house coaching venue in school), it is a truly exceptional program with a tiny bit of almost everything that defines ski racing in the east. Steep ups, tough corners, awkward rolling sections, and quickly, technical, often icy downs. Each year I pray for snow since it&#8217s as excellent as a home venue can get when the conditions are very good.

4. Favored workout and why?
thirty:thirty (thirty seconds on, thirty seconds off). First, you get to go rapidly. Very fast. 2nd&#8230 any workout where the &#8220recovery&#8221 portion is the hard portion&#8230? Carry it on. By breaking the &#8220work&#8221 pieces into thirty-2nd intervals there is often an possibility for good results because the emphasis is short and intense. The &#8220recovery&#8221 is also short, but by keeping the intensity just somewhat elevated, specially in the early phases of the session, I invest most of people 30-seconds just waiting for the watch to beep so I can go tough once more.

5. Favored location to train and why?
Virginia Meissner SnoPark, Bend OR. It&#8217s my backyard training venue, so that helps, but it&#8217s also a magical location to ski. With something like 50k of groomed trails (and much more in the performs), when the snow is great, it&#8217s off the rails. The terrain is rarely too tough to ever be un-enjoyable to ski on an easy day, but there are loads of places to do true function when the time comes. A single trail can earn you in excess of 400&#8242 vertical of sustained climbing. Our local neighborhood ski club (Meissner Nordic) does a impressive job with grooming and trail upkeep, and being a local community organization we all get to pitch in to assist out. It&#8217s a excellent feeling!

6. Preferred movie line and why?
Varies with the 12 months, but my preferred theme song is Highway to the Danger Zone by Kenny Loggins. This kind of a classic. And it&#8217s how I truly feel most race days!

seven. Favourite Toko glove model (and/or shade) and why?
Profi &#8211 all day each day. My hands rarely get cold, even in the coldest weather, and that&#8217s in element to the good quality of the Profi gloves. But I don&#8217t want to shed my gloves with the Profi&#8217s both. They&#8217re adaptability to so several diverse weather circumstances tends to make them my go-to glove, each day. Literally. I like to train in the blue or the black gloves, but on race day &#8211 the white. Nothing says &#8220pro&#8221 like a pair of white gloves! 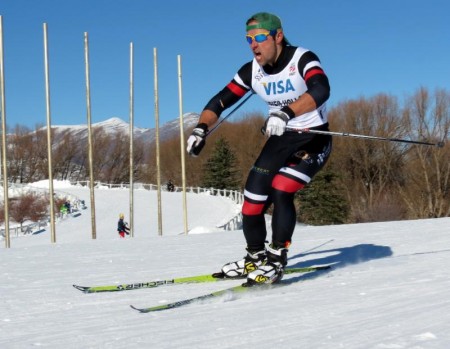 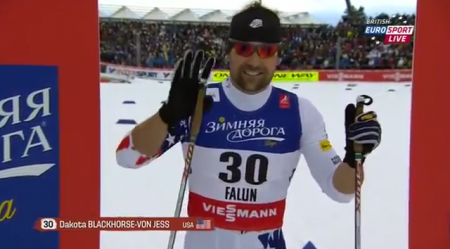