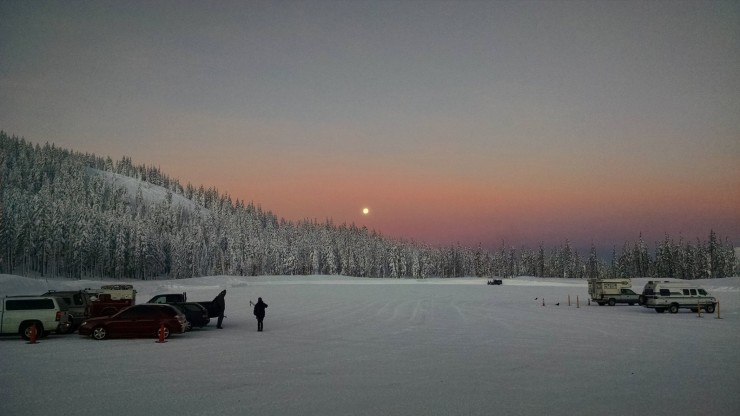 Is there area at a single ski center to assistance two junior improvement applications? In central Oregon, it depends on who you ask.

Mt. Bachelor has a longstanding relationship with the Mt. Bachelor Sports activities Education Basis (MBSEF), a nearly thirty-year-outdated nonprofit which has advancement packages for nordic, alpine and freestyle skiing. MBSEF runs its ski packages on the trails at Mt. Bachelor.

The a lot-newer Bend Endurance Academy (BEA), a nonprofit founded in 2009, would like to share the trails — at least, in low snow years. Except for a couple of unusual events, BEA has not had permission to run its packages on Mt. Bachelor.

It’s all good, until finally the climate doesn’t cooperate. Situated one,500 feet reduce on Mt. Bachelor than the eponymous ski location, the earlier two winters, 2013/2014 and 2014/2015, have been difficult for Meissner, whilst Mt. Bachelor appreciated greater situations increased up the mountain.

In February 2015, BEA approached Mt. Bachelor resort officials about employing public lands at the Mt. Bachelor Nordic Center. They denied BEA’s request, except for the final two weekends of the season. 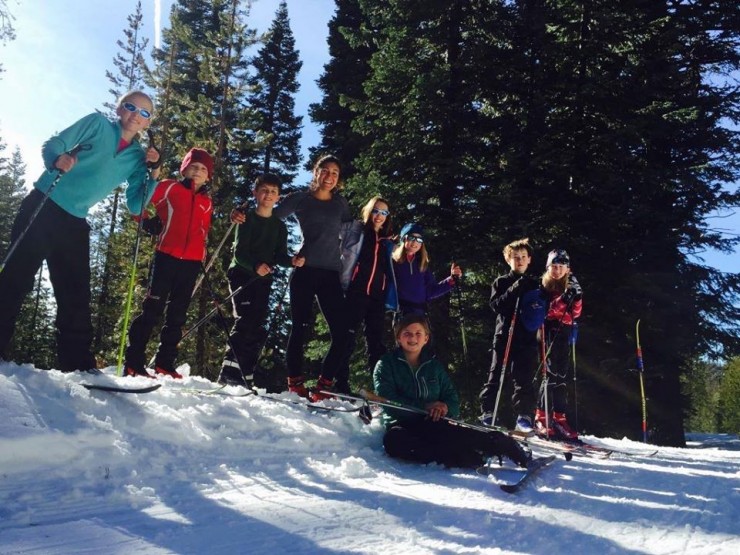 This 12 months, the academy has circulated a petition named Allow the Little ones Ski, calling for far more access to Mt. Bachelor.

“There are two areas in central Oregon that have groomed nordic trails,” mentioned BEA Board President Cris Himes. “Meissner Nordic and Mt. Bachelor. Meissner has worked quite well right up until recently due to ski conditions.

“What we’re hunting for is equal and sensible access,” Himes continued. “Equal to any other having to pay consumer and local community group.”

In accordance to Dave Rathbun, Mt. Bachelor’s former president and basic manager who resigned in mid-March, the resort had present relationships with 4 companies “to run their businesses sort of inside our own,” he said. “We still have to get approval from the Forest Support for these concessionaires.”

MBSEF, whose board Rathbun also sat on, is the designated concessionaire for nordic and alpine ski programming. Rathbun is no longer a member of that board.

In a December interview with the Bend Bulletin, Rathbun characterized BEA’s interest in Mt. Bachelor as a wish to use the resort as “a residence base for their company.”

“[BEA] want to operate their company inside of ours, and in most instances at a time when we’re presently at capacity,” Rathbun informed FasterSkier. “It’s very occupied at the instances they want to have access.”

Rathbun added that Mt. Bachelor is “at capacity” for instruction in both in nordic and alpine skiing. “We’re not going to open it up to any other concessionaires.”

In addition to its own paying out consumers, Mt. Bachelor’s agreement with the USFS calls for the resort to accommodate folks who want to access backcountry skiing by means of a “common corridor.”

According to Rathbun, “that’s an additional ten,000 visits per yr,” in addition to about 30,000 guests per 12 months skiing Mt. Bachelor.

Himes feels that the lodge may possibly be crowded, but believes that the trails are not. For her, the primary issue is making certain that little ones have access to skiing. The lack of good snow is a barrier to participation, and this is reflected in the numbers. Though BEA’s competitors team is greater than final 12 months, the enrollment in its youth club and nordic development applications is down 38 % and 28 percent respectively from the 2014/2015 season.

“Last year Mt. Bachelor did a exceptional work of retaining their snow,” Himes explained. “When we cannot run our programs at Meissner, we require to be capable to get our little ones to groomed trails someplace else. The only option is Mt. Bachelor Nordic Center.” 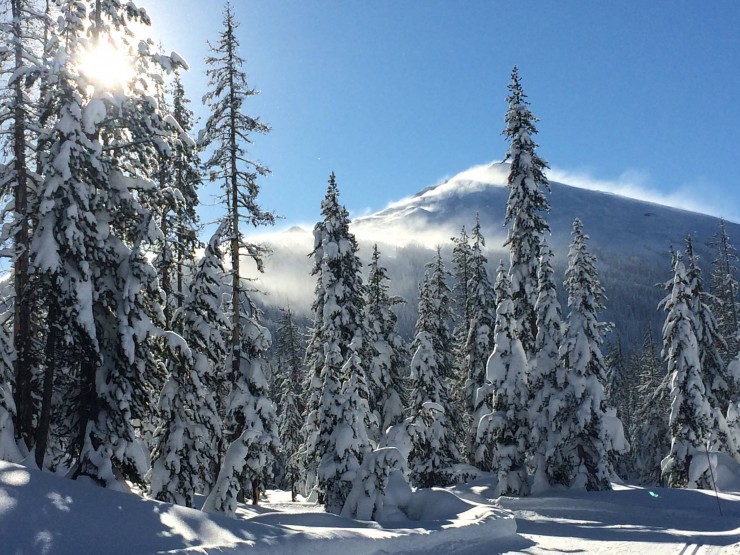 In the course of the snow drought two seasons ago in 2014/2015, Rathbun reflected, “I wanted to be a very good neighbor. We gave BEA entry to nordic center in afternoons, the last couple of weekends in March. I think it worked out properly and they appreciated being in a position to get on snow.”

In a July e mail to BEA, Rathbun supplied the academy accessibility on Tuesday and Thursday afternoons and weekends soon after 12 p.m., with certain blackout dates throughout peak intervals. These occasions apparently did not match BEA’s program schedule, and according to Himes, left only 3 weekends out of the winter for training. In September, Himes met with Rathbun to negotiate more favorable access occasions, to no avail.

“I’m actually sorry about that, but that is the only way we feel it can work, primarily based on how crowded we are,” Rathbun informed FasterSkier.

“I can see each sides,” mentioned Alan Watson, the Pacific Northwest Ski Association (PNSA) nordic program director. “My curiosity is in advertising the good results of all these packages. I would like Mt. Bachelor to let BEA train on their trails. It would be great for skiing in the northwest.”

Is trail crowding a red herring? Rathbun said that BEA skiers were welcome to come up and ski so long as they had a pass, but that organized instruction with a coach wouldn’t be permitted – except at the occasions listed above.

Does Mt. Bachelor wield trail entry as a cudgel? From a distance, it’s tough to inform. But FasterSkier obtained 3 paperwork sent anonymously to Himes. A single was Oregon College Ski Association’s (OSSA) participation policy. OSSA is a single of the two governing bodies for higher-school alpine skiing in central Oregon, and holds race meets at Mt. Bachelor. Circulated in December 2014, the policy required students on higher school ski teams to participate in four instruction sessions each and every week, like races.

OSSA Race Director Matt Cutter said that there had been students that participated in each large college and club plans, and that OSSA’s goal with this policy was to instill group unity.

“We don’t want ringers,” Cutter stated of athletes who only present up for race meets. “We necessary to get one thing in writing.”

The other two documents, each dated Jan. 8, 2015, are responses from Rathbun and John Scheimer, MBSEF’s executive director, to OSSA. Rathbun’s letter decried OSSA’s participation policy, stating that it would negatively influence “students who club race with MBSEF and have other extracurricular interests.” The letter concluded, “…with our strategic partner MBSEF, we [Mt. Bachelor] will be reviewing all components of OSSA activities occurring on Mount Bachelor. &#8230 Any changes in these privileges will be communicated to you as quickly as attainable.” Scheimer’s letter to OSSA was written in a similar tone.

Scheimer declined an interview request for this article.

In response to the letters, Cutter stated that OSSA rescinded its policy. “That was not our intention at all” to exclude anyone, or force a pupil to select among a club program and the substantial school crew, Cutter explained.

Cutter viewed the disagreement as minor, adding, “I can not stress sufficient how significantly assistance Mt. Bachelor offers us.”

Rathbun stated that his letter was really in response to scheduling conflicts between OSSA and OISRA, a 2nd governing physique for Oregon large school alpine skiing. However, neither his letter nor Scheimer’s make any reference to OISRA. Cutter said that even though Rathbun talked about scheduling with OISRA, it was in correspondence from August 2015.

With very good situations this winter, trail accessibility at Mt. Bachelor wasn’t as vital. Up coming 12 months may possibly be a different story.