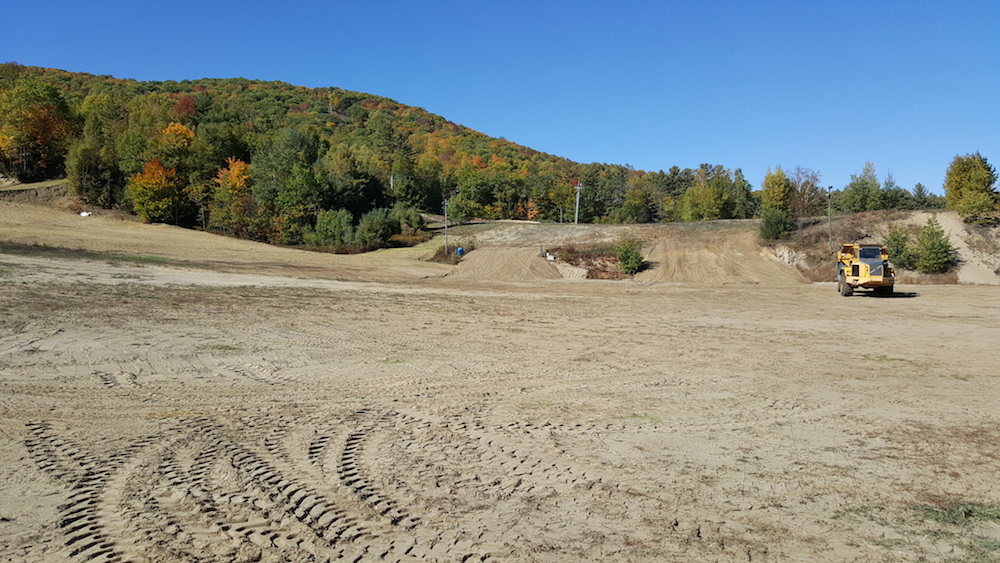 NORTH CREEK, N.Y. — Last winter was, one fears, a taste of what we will see more of as the planet warms: record global temperatures translated into an eastern season where brown was the dominant color. The parking lots at Breadloaf, Craftsbury and the few other venues capable of making snow filled with cars from around the region, and diehards got used to skiing the same few kilometers.

The parking lot at North Creek’s Ski Bowl started filling up, too — and the result, beginning this year, will be an unexpected but very welcome treat for eastern skiers: a new homologated race course, with full-on snowmaking, not to mention lights. From last year’s disastrous washout, in other words, may have sprung one of the nation’s most exciting new courses.

The Bowl is historic skiing territory. Back in the 1930s, North Creek was one of the country’s first ski “areas.” Skiers arriving by train from Grand Central would climb into the pack of pickups, and locals would drive them to the top of a nearby ridge, where they’d plunge down woodsy trails and end up in the Bowl, where trucks waited to carry them back up.

The “Ride Up Slide Down” system ended when the state opened big Gore Mountain adjacent to the Ski Bowl in the 1960s — along with Lake Placid’s Whiteface Mountain, it’s one of the Adirondack’s two premier, state-run alpine areas. The big new area, however, effectively orphaned the old Ski Bowl, which over the years has seen rope tows, chair lifts, even a tubing park, but never really recovered its old glory.

Until last winter, when the snow drought meant that high schoolers across the region had no place to race. Gore Mountain boss Mike Pratt, who’d been making limited snow for high-school and masters racers at the Bowl (which has had lights and snowmaking since 2002), doubled down and opened the area for nine high-school races. The Bowl became a scene: bonfires and cheering crowds of spectators following the buses from high schools two and three hours away. Impressed by the enthusiasm, Pratt and his team set to work over the summer homologating a 2.5-kilometer sprint loop, and a 3.3 k race loop.

The Bowl became a scene: bonfires and cheering crowds of spectators following the buses from high schools two and three hours away.

“The Nordic network benefited from our decision to suspend our tubing and use that terrain to expand our Nordic system,” Pratt explained.

“We’re going to open it as early as the alpine area — right before or the day after Thanksgiving, as long as we have the temperatures to make snow,” he said.

Water for snowmaking won’t be a problem — the Hudson River flows nearby, providing essentially unlimited quantities, and Gore has won a series of environmental awards for its efficient pumps and guns.

When skiers arrive — at the latest for the Nordicfest masters and New York Ski Racing Association (NYSSRA) races planned for the weekend of Dec. 16-18 — they’ll find what amounts to a nordic playground, says Steve Tomb, head coach of the Johnsburg high-school nordic team and one of the real movers behind the new area.

“I mean, it’s going to be like Friday Night Lights here,” he says — including the lights, installed when the area was being used for tubing in recent years. In fact, the area is so wired that Tomb says there will soon be dedicated Wi-Fi cameras installed throughout the loop.

And it’s not just his team that’s excited about the development.

“We are psyched in NYSPHSAA Section 2!” Tomb wrote in an email. “FIS 2.5 km and 1.5 sprint courses as well as a nordix cross loop..all with lights, snowmaking and Piston Bully grooming…we finally have a venue where we know that we can train and race…

“The irony for our team (Johnsburg) and Section 2 skiers is that they don’t know yet how incredible this is for them, the sport and the future of nordic skiing in New York State,” he added.

Allan Serrano, event director for the American Birkebeiner, is also a FIS homologator for eastern areas, and he arrived at the Bowl in early autumn to oversee final plans. Several things impressed him, he said, including the equipment and expertise that the Gore crew brought to bear. Nordic ski areas rarely have easy access to bulldozers, or to highly developed sandy slopes that can be easily re-graded for a perfect ski course—it’s a “unique circumstance,” he said, and the result is a course that will be nine meters wide in many places with powerfully banked turns, almost all of it visible to spectators at the bottom.

“One of the issues we have in this sport is tough barriers to entry,” Serrano said. “And they’re breaking them almost all down here. As much as those of us who have grown up skiing like going through the woods, working the challenge of snow conditions — as much as we’re used in New England to narrower, tighter, turnier trails — that’s a challenge for those who are new. These trails are wide, and there’s a variety of terrain, but there’s not the narrow, steeper type of trails that can be an impediment to grooming firmer tracks. It definitely has a different feel than most East-Coast stuff.”

The course meets FIS standards (Tomb and others are already dreaming of luring national and even international races), and Serrano says “it will be a pretty challenging course” for top level junior competitors, though not as tough as the most intimidating European courses. “As far as terrain and difficulty it’s right where it should be, right in the middle range. The climbs aren’t too easy, but they’re not super difficult either. It some technical downhills — and it also has some places where you can groom some cutoffs.”

The main A-climb, he says, is “almost out of the textbook.” It goes up the old tow rope, cuts across a short, level patch, and then surges up a steep wall. “That’s where you’ll really see the separation,” Serrano predicts. And at the top of the hill, there’s a section of rolling flat instead of an immediate flat, so there will be no chance for instant recovery.

Location means that the area will offer skiers the best of all worlds. For those looking for some of the prettiest old-school trails in the East, Garnet Hill is just a few miles drive away (and in recent years locals have rehabilitated the original North Creek trails that spill out in the bowl, if you want a day of sublime telemarking.) The Bowl’s other advantage, however, is that it’s closer to civilization than most cross-country ski areas: the town of North Creek is a few hundred yards away, full of taverns and restaurants including barVino, the classy but down-home eatery whose stools were the site of much of the planning for the new area.

“I think the setting is really something,” says Serrano. “It’s very European there, the way the Bowl is located so close to the village. It’s really got that European resort feel to it. I think it will do well as the total package.” 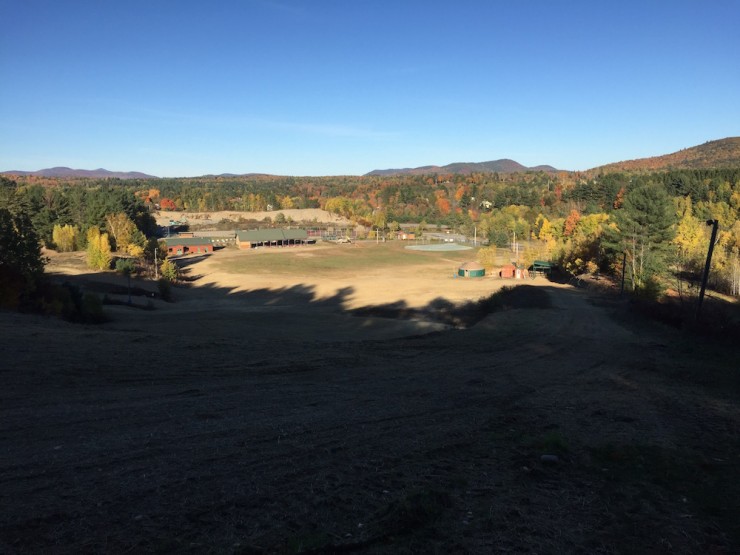 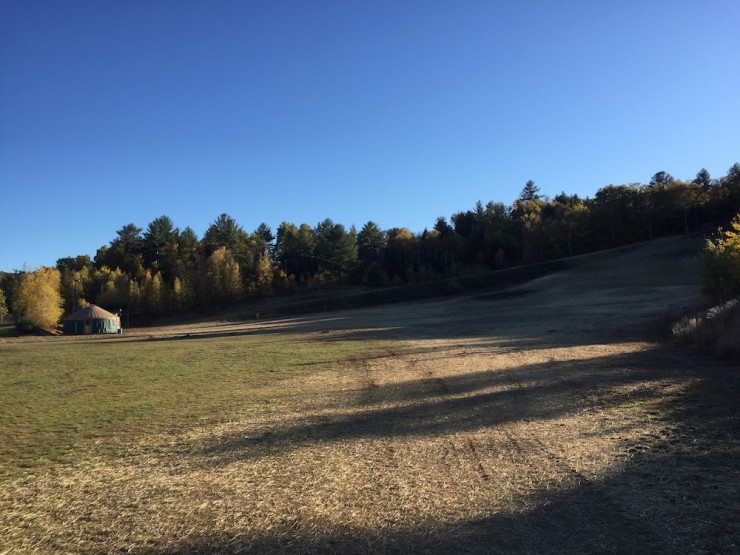 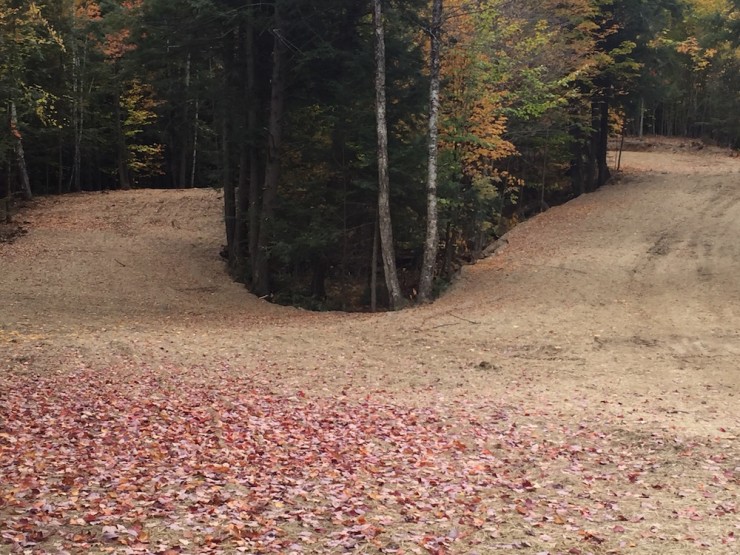 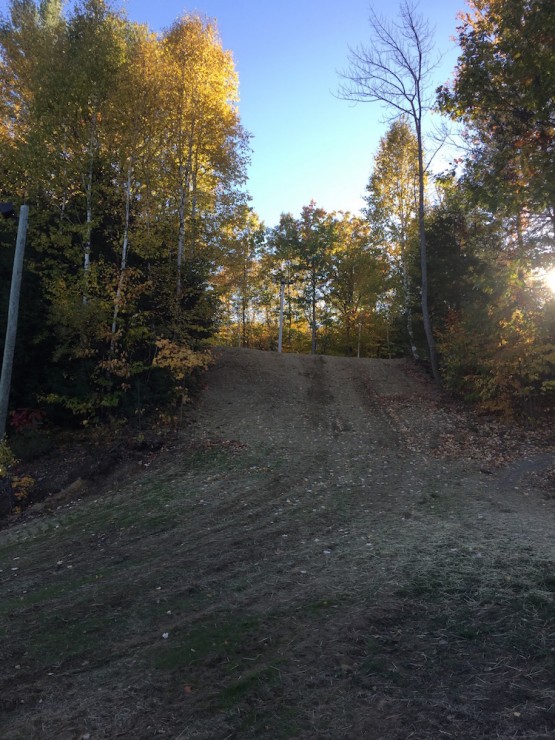 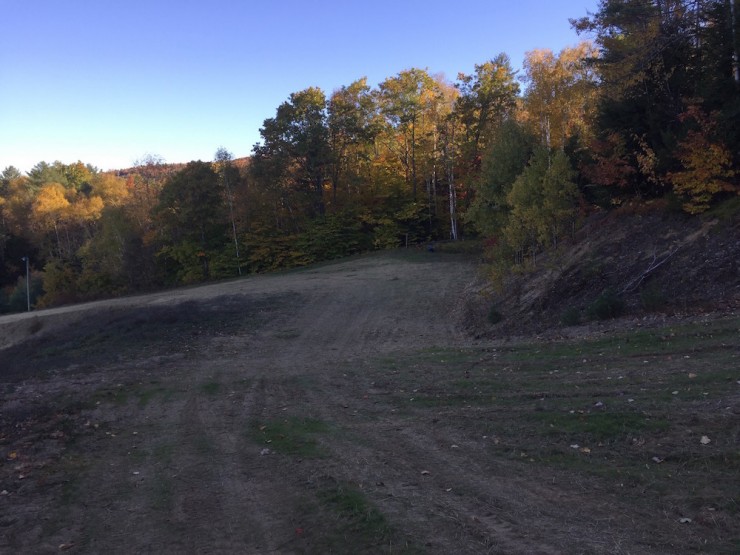 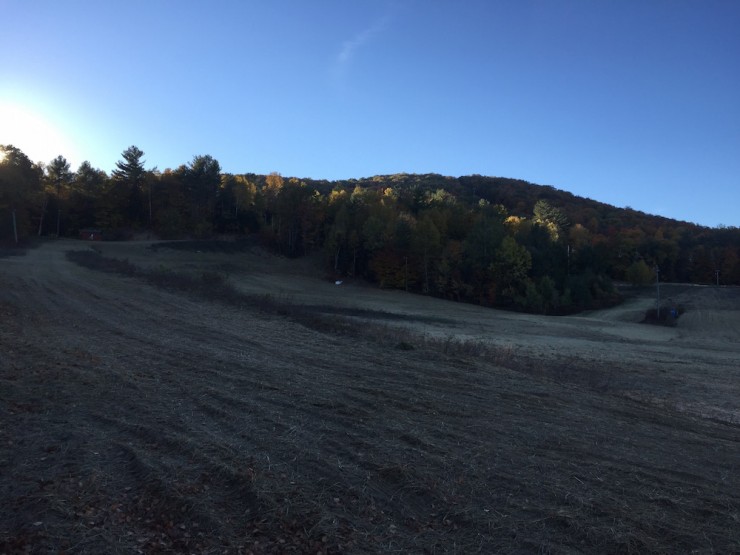 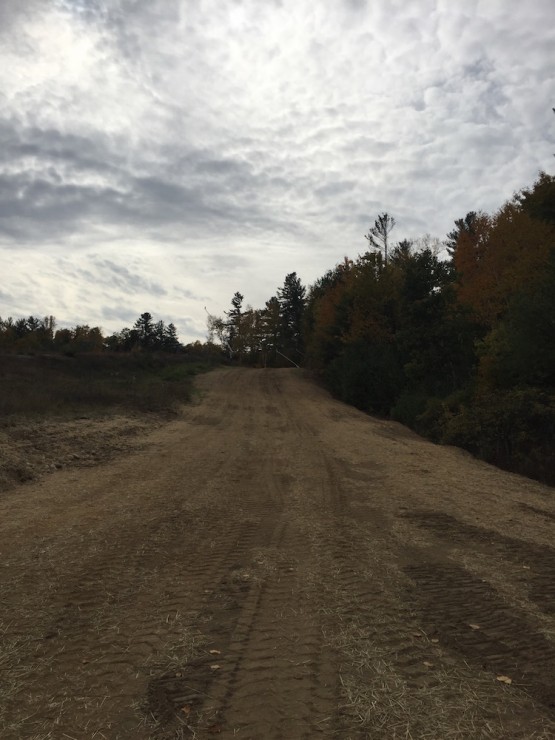 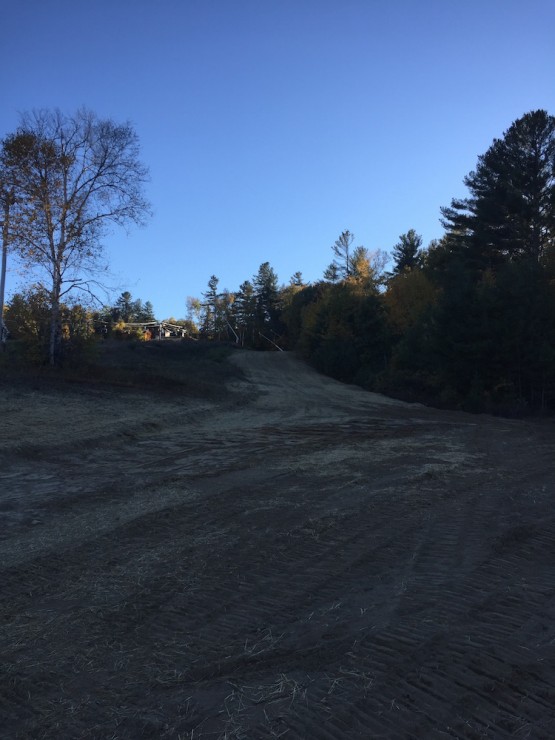 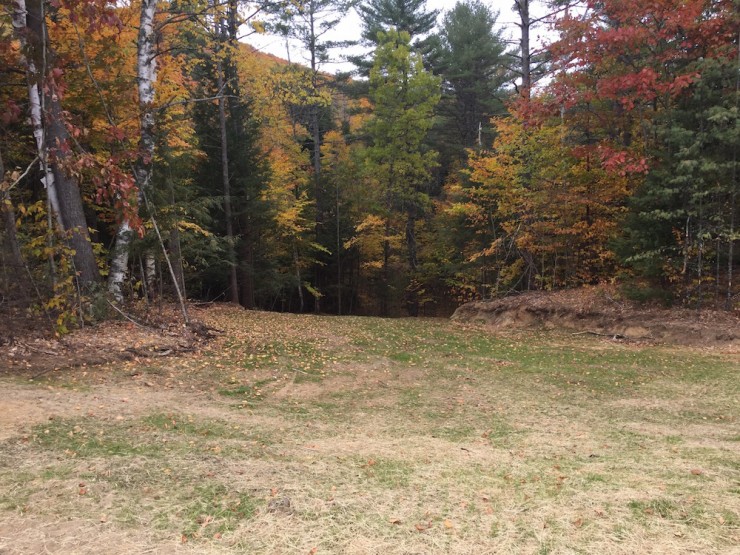 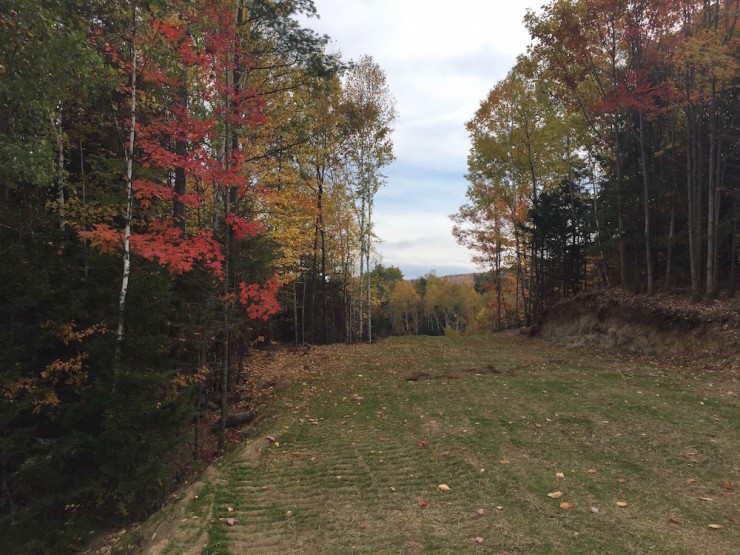 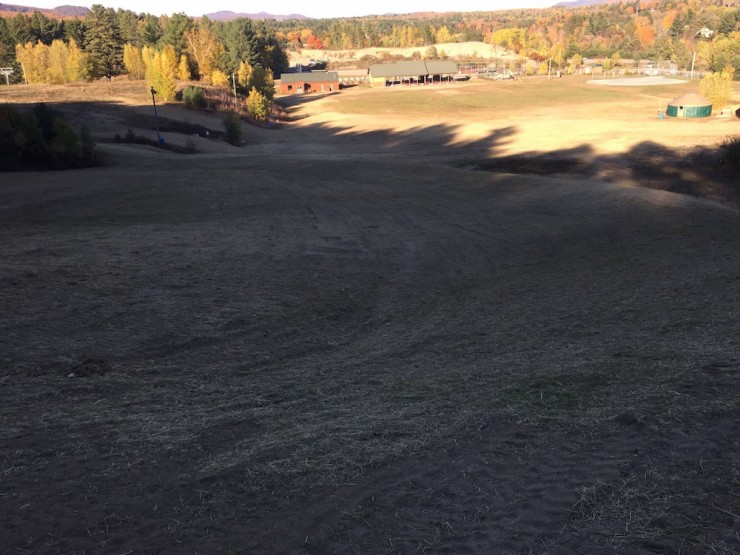 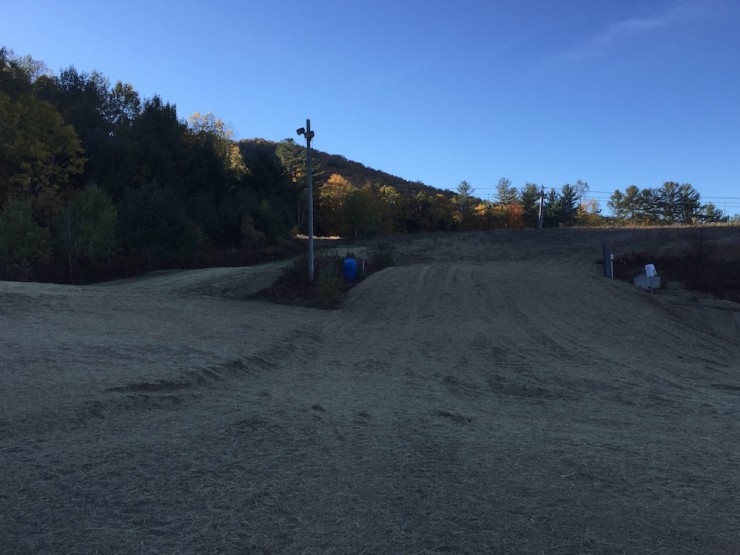 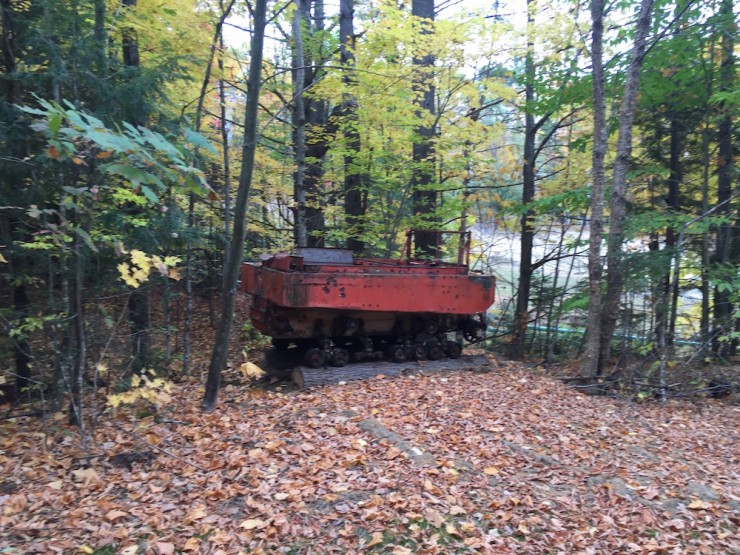