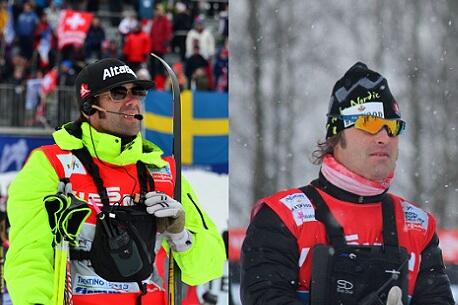 CANMORE, Alta.—Cross-Country Ski de Fond Canada (“CCC”) has ramped up the coaching leadership structure as the national program gets set to begin its quest of returning to the Olympic podium in four years in PyeongChang, South Korea.

Justin Wadsworth, who led Canada’s cross-country athletes to record-setting results over the last four years will move into a head coaching leadership role with oversight of all of Canada’s National Team (“NST”) programs, including those based in National Team Development Centres.

In an effort to maximize the quality of the training environment at National Team Development Centres, which will now serve as a base to all NST athletes when training in Canada, Wadsworth will be embedded day-to-day in the Alberta World Cup Academy (“AWCA”).   Also acting as manager of CCC’s Integrated Support Team (“IST”), he will align programming for NST (including world cup team) and development athletes.

Along with domestic NST coaches (Wadsworth at AWCA and Bouchard at CNEPH), all National Team athletes (including world cup team) will be associated with a National Team Development Centre, which also serves as a base for domestic training.

“It is no secret we had a difficult Olympics in 2014, but we cannot lose sight of the incredible success we have had over the last four years with Justin and Louis playing a key role in leading our team to unprecedented results,” said Tom Holland, high-performance director, CCC. “The team had four times as many top-8 results, more than double top-16 results and fifty percent more top-30 finishes. Justin has an uncanny ability to keep the team on-goal and to maximize athlete performances.”

“Every one of Canada’s seven world cup team athletes made it to the podium over the last quadrennial, and Canada won two World Championship medals. We believe this much-needed shift – positioning Justin to provide leadership and alignment to all levels, will not only help us climb back onto the Olympic podium, but will ensure the success of our sport well beyond 2018.”

Cross-Country Ski de Fond Canada added further strength to its coaching team with accomplished Norwegian skier and coach, Tor-Arne Hetland. A two-time Olympic and five-time World Championship medalist, Hetland also had 30 podiums in 151 starts as an athlete including 13 victories. Since retiring in 2009, Hetland has worked as a coach for Switzerland (2010-14) and Germany (2009-10).

In his new role as a World Cup team coach, Hetland will collaborate with Wadsworth and Bouchard on team plans including training camps and daily training. He will be the point person in Europe, providing better continuity by being present and leading the team at all World Cup races, while liaising with coaches and IST in Canada.

“It is very exciting to join a program with a talented pool of athletes, a fantastic wax team, an established sport science program and experienced administrative staff already in place,” said Hetland, who also has a keen interest in athlete development. “This is already a professionally-run program, but this sport is changing before our eyes where you need the speed of a sprinter along with the endurance of a traditional distance skier. Our main challenge in training will be to keep up with the demands of our sport and develop a team that can find the balance required to win at all levels.”

“World-leading coaching, and a strong support team are core to Canada’s cross-country ski athletes’ pursuit of excellence,” said Holland. “We believe this new structure will ensure the quality and delivery of all NST programs, while improving alignment of training centre programs. This shift will maximize the quality of the training environment through an inclusive, and collaborative approach which is critical to the long-term success of our program.”

Coaches on the National Ski Team will continue to report to Tom Holland, director of high-performance. Holland, who has been part of the national program since 1996 as the volunteer chair of the High Performance Committee and as its full-time Director of High Performance since 2006, will provide oversight and ensure a coaching environment that is seamless and integrated.