Cendrine Browne, of the Pierre-Harvey National Education Centre and Canada&#8217s nationwide U23 advancement staff, top the girls&#8217s ten k freestyle pursuit on Jan. 31 at the Mont Sainte-Anne trails in Quebec. She went on to win by nearly one 1/2 minutes to take the NorAm leader&#8217s bib. (Photo: CCC)

The NorAm series continued final weekend with a two-day pursuit in Mont Sainte-Anne, Quebec. Although this format hasn’t been used at this level in Canada for three many years, the Ski Tour Canada in early March will have two pursuit days.

Cendrine Browne, of the national U23 improvement staff and Pierre-Harvey National Training Centre (CNEPH), won Saturday’s 5-kilometre classic personal start off in 14:37.three to lead a U23 and CNEPH podium sweep. Sophie Carrier-Laforte finished 7.2 seconds back in 2nd, followed by Frédérique Vézina at 30 seconds behind the winner in third.

Browne was the only European B-Tour skier to race this weekend after arriving back from Nove Mesto, Czech Republic (where she represented Canada on the World Cup), five days earlier on Monday, Jan. 25.

“I chose to race because I would have accomplished intensity anyways on Saturday,” Browne wrote in an email. The convenience of racing on her home trails at Mont Sainte-Anne (M.S.A.) additional to the appeal.

Browne did win Sunday’s 10 k freestyle pursuit. With Carrier-Laforte not starting up, she started thirty seconds ahead of Vézina and expanded her lead to 1:29.1 with the fastest time of the day in 27:51.three. Browne was ranked fifth going into the weekend and, with the best 3 in the total NorAm standings absent, her convincing victory on Sunday will give her the leader’s bib for subsequent weekend.

Vézina started second, with 3 other racers within 10 seconds of her. Whilst she was happy with Saturday’s traditional podium, noting “5km has never ever been my robust suit,” she was frustrated with her pursuit, in which she positioned fifth, 2:29.one behind Browne. “My skis had been so slow that the girls passed me in the initial downhill like I was stopped,” Vézina wrote in an email.

Olivia Bouffard-Nesbitt, of Canada&#8217s U23+ Advancement Team, began sixth and pulled away from Annika Hicks (Canmore), who commenced fourth, to consider second. Crossing the line virtually a minute and a half (one:29.1) after Browne, Bouffard-Nesbitt held off Hicks by 5.9 seconds for the 2nd spot on the podium. Hicks placed third (+1:35).

&#8220I at first desired to perform with an individual to attempt and make time on the leader,&#8221 Bouffard-Nesbitt wrote in an e mail. &#8220After gauging the willingness of the skiers about me to chase Cendrine, I determined that rather I would try out to race tactically for second spot. I shared the lead with Annika for most of the race as we distanced ourselves from 4th and 5th.&#8221

Also on her hometown trails, Marie Corriveau (CNEPH) improved 1 area to finish fourth (+two:25.1), four seconds ahead of Vézina to repeat as prime junior lady on Day 2 at M.S.A. 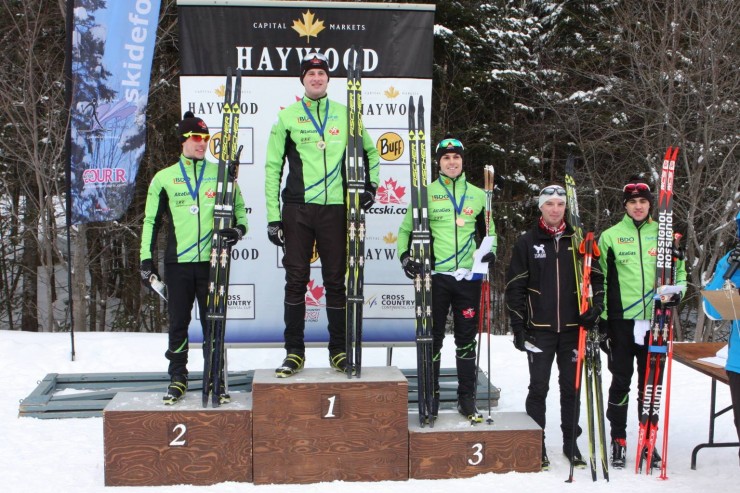 NDC Thunder Bay All the Way

“[It] feels very excellent to get my first Distance NorAm win and share the podium with my teammates,” Thompson wrote in an e-mail. “I appreciated the course: it was demanding with some fast climbs and some longer more gradual climbing sections that you really had to emphasis to hold your velocity up on.”

“The race today was great,” Shields wrote on Saturday. “I felt like I was in form which is a feeling I’ve been missing up to this stage. I could push tough and not pay the cost in heavy limbs.”

Shields noted that he and Thompson would start off the pursuit collectively, giving them the chance to perform cohesively to remain ahead of Somppi, a powerful skate skier.

“Today, techniques had been fairly basic,” Somppi wrote in an electronic mail. “I went out quick, caught Andy and Bob early. I place myself in a position to contend for the win, but I did not have the energy to make it take place.”

Somppi faded to fourth, posting the seventh-fastest time on the day.  Thompson also struggled, at some point outsprinting a group of six to finish ninth. 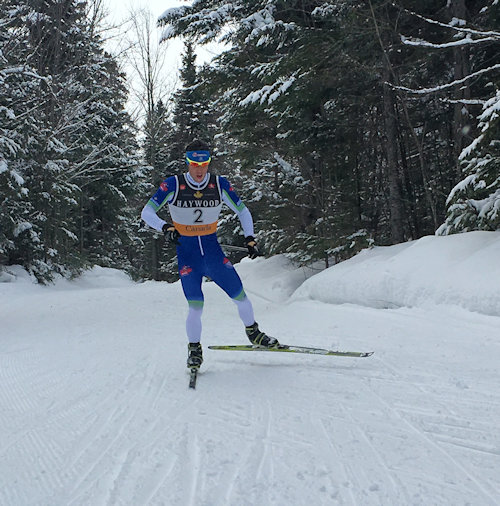 Andy Shields (NDC Thunder Bay) racing to a 45-second win with the quickest time of the day following commencing second in the males&#8217s 15 k freestyle pursuit at the NorAm at Mont Sainte-Anne in Quebec on Jan. 31. (Photograph: CCC)

Shields held powerful and skied uncontested to the win in 37:09.3, the quickest time of the day and 45 seconds ahead of second and third.

After beginning the pursuit fifth and seventh, respectively, Evan Palmer-Charette (NDC Thunder Bay) and Brian McKeever, of the Para Nordic Globe Cup Group, separated themselves from the second chase group to battle for the podium. Palmer-Charette beat McKeever by the slimmest of margins to take 2nd, 45 seconds behind Shields, while McKeever positioned third with the same time. Somppi finish 11.1 seconds later in fourth.

McKeever could have been at the Global Paralympic Committee (IPC) Globe Cup in Pyeongchang, South Korea, but in accordance to Cross Country Canada, he opted to try out for a Ski Tour Canada choice.

Somppi was disappointed with his energy and his fourth area.

“The trails had been super and I loved the skiing right here,” he wrote. &#8220I would favor to be education proper now and avoiding racing, even so I have to qualify for the Tour and I feel I did adequate to remain in contention this weekend.” 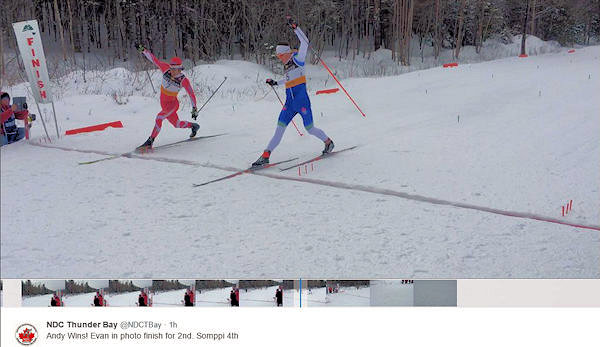 The NorAm now moves to Gatineau in western Quebec, starting up with sprint racing on Friday.  Jess Cockney is back from Europe for his first North American races of the season.  Of far more than 780 registered racers, the only notable absentee is Andrea Dupont, who is slated to race for Canada on the Planet Cup in Drammen, Norway, this Wednesday as the NorAm leader.