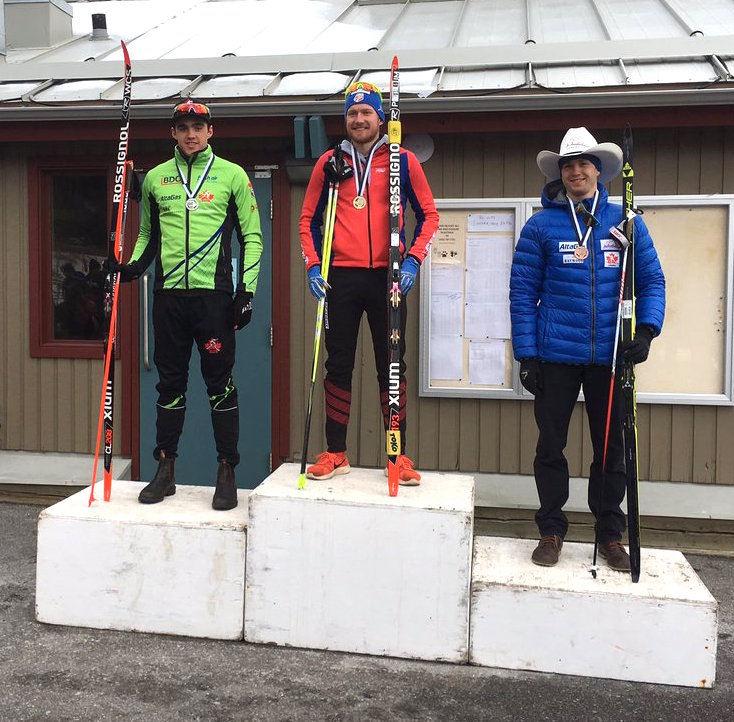 The Alberta Cup kicked off this past weekend with several big names competing in the distance races at the Canmore Nordic Centre on Saturday and Sunday.

Brian McKeever, Kyle Bratrud, Chelsea Holmes, and Felicia Gesior picked up victories, with the latter three all hailing from the U.S.

In the men’s 13.5 k freestyle interval start, McKeever, of Canada’s Para-Nordic Ski Team, took first in the men’s open race, beating his teammate Graham Nishikawa by 3.6 seconds with a winning time of 30:01.8. A visually impaired skier, McKeever races with Nishikawa as his guide in Paralympic races. But not on Saturday.

Bratrud, of the CXC Team, placed third in the 13.5 k skate, two seconds back from Nishikawa and 5.6 out of first. 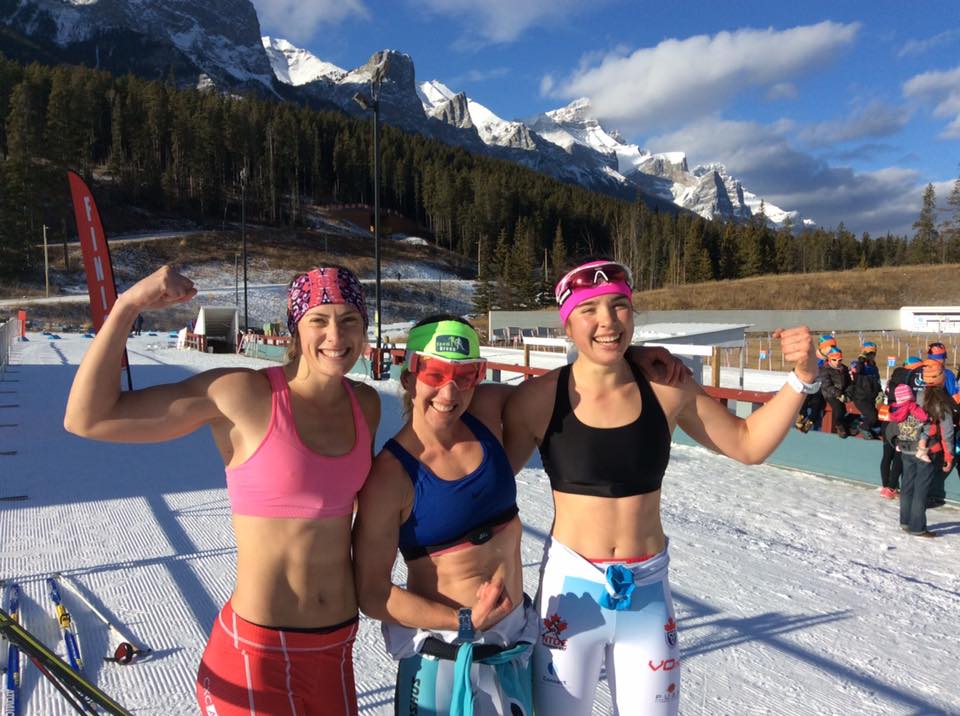 On Sunday, Bratrud came out with a 9.9-second win in the men’s 8.1 k classic interval start over Palmer-Charrette. Bratrud won in 19:00.1, Palmer-Charrette was second, and Moncio-Groulx placed third (+29.2).

On his first of of four laps, Moncion-Groulx recorded the fastest lap time of the day.

“I didn’t know if I was in the game, but I was happily surprised when I was third,” Moncion-Groulx said of his finish, according to an AWCA press release. “It’s an improvement, and there are definitely some good guys racing. It’s a good confidence boost.”

McKeever finished 11th, half a second behind Carleton, his other Paralympic guide, out of 26 in the men’s open race. After Sunday’s race, McKeever tweeted, “Vented personal frustration today. Mental error=inability to count laps in today’s race. Realize I’ve put a lot of stress on myself lately.”

In another tweet on Sunday, he wrote, “Congrats to Kyle Bratrud from @cxcskiing and the @NDCTBay boys for laying down the hammer on the field today! Cool to see!”

Also on Sunday, Gesior won the women’s 6.3 k classic and Caitlin Gregg repeated in second. Gesior put down the fastest time in 17:46.8, and Gregg finished 9.3 seconds back, while Olivia Bouffard-Nesbitt (AWCA/National U25 Team) placed third (+13.1).

According to the AWCA press release, Bouffard-Nesbitt is still recovering from a stress fracture and spent three months this summer on crutches. “I know I need to step up to the challenge. I feel the pressure and it’s helping me become a better athlete,” she said.