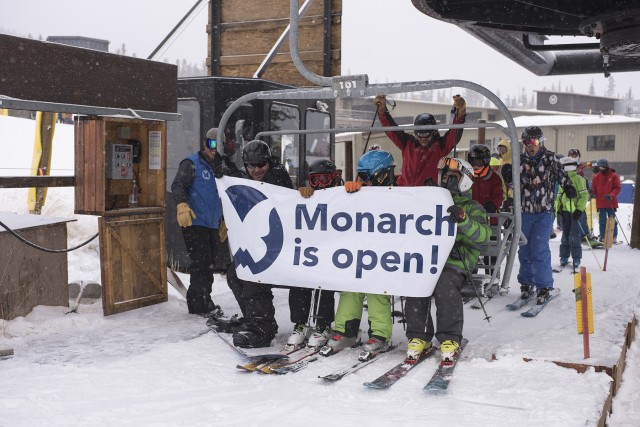 When you’re a ski area, being open by Thanksgiving is the gold standard, a way for tourists and locals alike to celebrate the start of the holiday season working off the turkey and stuffing by wearing out unseasoned muscles on the slopes.

But when you don’t make snow, it’s out of your hands. Pass the blame to Mother Nature, Ullr the Norse snow god or just fickle meteorology; they call your opening day.

So when Monarch Mountain opened for the season Dec. 2 after a mostly dry November across much of Colorado, folks up here were sanguine about the prospects of the upcoming season. The November frowns had turned to December smiles. And it was snowing hard for the occasion.

“The November frowns had turned to December smiles. And it was snowing hard for the occasion.”

“It was rough for all the ski areas,” said Jeff Martin, vice president for sales and marketing. “Fortunately Mother Nature did smile upon us last week. We don’t make snow because our base is 10,800 feet and we go up to about 12,000 at the Continental Divide. We really are in a great place here. Often storms will come and just sit on the top of our mountain and 5 miles down the pass there’s no snow. We’re in a great little pocket that really does bless us with great fluffy powder.”

For some ski areas, opening day can mean long lift lines and just one or two runs of machine-made snow. Monarch opened with nearly half the mountain accessible, including the Panorama chair that whisks skiers up to the Divide. That included all but two of the green runs, half the blues and even two black diamond runs.

Coverage was thin in spots so you had to watch for rocks and only fools ventured into the trees, but the groomers had a nice base and plenty of untracked snow along the margins to make the powder hounds glad they called off work that Friday.

There were no major construction projects or terrain expansions in the offseason. The biggest change for many skiers is a new uphill skiing policy. The popularity of skiing uphill on telemark or alpine touring skis or splitboards has exploded in recent years, as snow lovers eschew the lifts to get access to the runs before everyone else or just to add some cardio exercise to the ski day.

For the first time, uphill skiing will be allowed during operating hours as well as before and after the lifts run. For a one-time $ 15 fee, skiers get a pass to ski uphill on three designated trails. Martin sees it as a way to help aspiring backcountry skiers learn the sport in a safe setting.

“You’re in an avalanche-controlled and ski-patrolled area. That’s the thing that takes so long is how to evaluate the snow, mitigate avalanche risk and if you do have a problem to get yourself and your friends out of the backcountry,” Martin said. “Here all of those risks are mitigated so you can kind of cut your teeth on the sport and when you feel comfortable, if you so choose, you can go into the backcountry with the skills you learned here.” 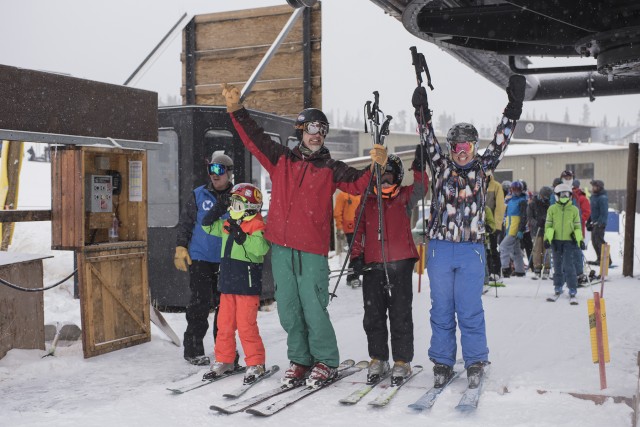 Also for the 2016-17 season, Monarch crews graded some flatter terrain around the mountain to help snowboarders get around. They also built a new maintenance shed that triples the space for vehicles and expanded the dining options in the lodge. This season, visitors will also be able to buy lift tickets online at www.skimonarch.com to avoid the window lines.

What hasn’t changed is the snow, all-natural powder that is softer than the machine-made stuff and doesn’t turn to ice so readily. It wasn’t one massive dump that coated the mountain enough to open, but a series of smaller storms that added up and made the mountain safe for riding.

So how disappointed were they to not be open by Thanksgiving?

“That’s happened before and it’s a risk we run. We try to live by the rhythm of the mountain and if the mountain tells us it’s not time to open, we don’t open,” he said.

“I am so stoked. When it started really snowing up here and snowing daily, and it’s snowing today, it just pastes a smile on everybody’s face who works here and the attitude is contagious. I am as excited as I can be.”