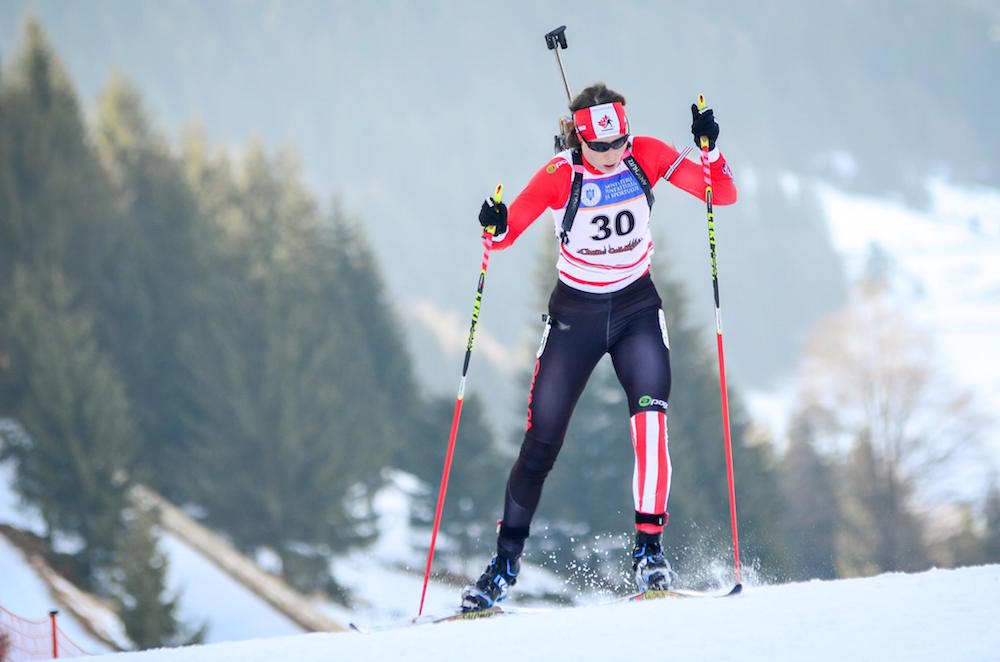 The International Biathlon Union created a new competition circuit this season: the IBU Junior Cup, meant to be a season-long series leading up to World Youth and Junior Championships.

Going in, it wasn’t clear how many countries would send full teams or what the level of competition would be. But in the four weekends of racing so far, the racing has been fierce.

And right off the bat, Megan Bankes has set a mark Canadians will strive to match in the future. On Sunday, she finished second in the 10 kilometer pursuit in Nove Mesto, Czech Republic.

“I’ve never started that close to the front in a ‘real’ pursuit, so it was neat to be chasing down first place,” Bankes wrote in an email.

Bankes started the season on the IBU Cup, a second-tier senior circuit. There, she scored two top-30 results in two weekends of racing. But after the Christmas break, she moved to the Junior Cup. 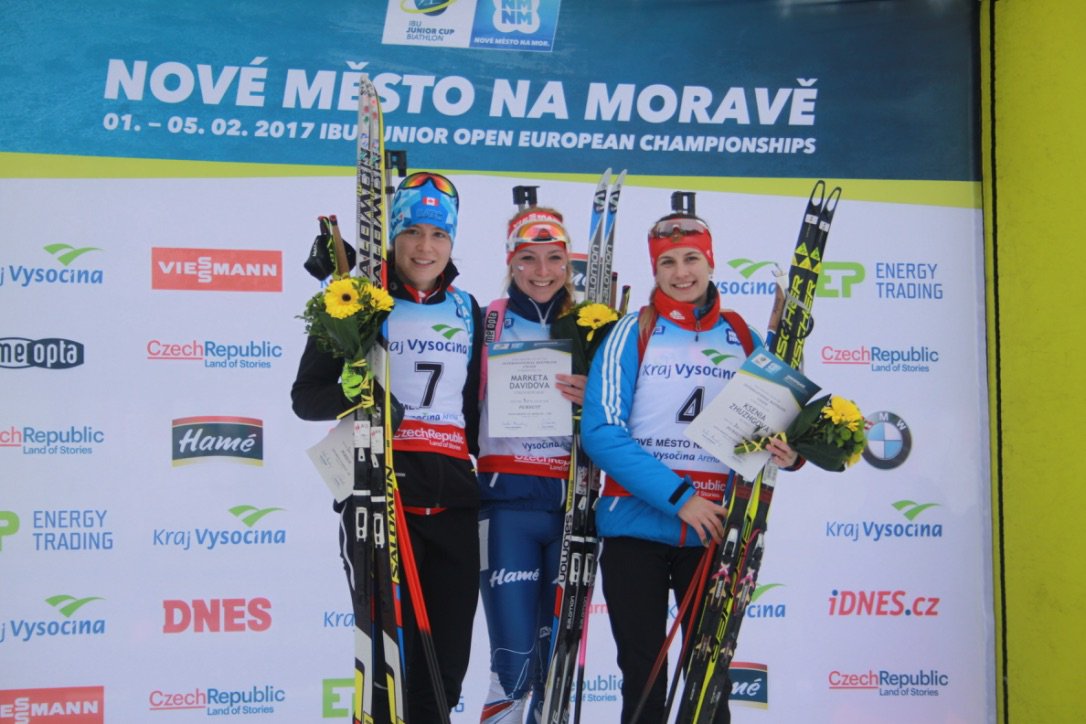 “My standing in the individual was definitely not so good,” she wrote in an email.

To gather herself for the next two competitions, she explained, “I just focused on the fact that my prone went well, and that my skiing felt good — I know that I can hit targets standing, I just need to focus and not take stupid shots.”

In Saturday’s 7.5 k sprint, Bankes finished seventh with a single penalty. That left her 35.1 seconds out of the lead going into Sunday’s pursuit.

“I for sure knew that I was perfectly set up to have a good race as long as I hit targets, but I mainly just focused on having my best race possible,” Bankes wrote.

After a clean first prone stage, Bankes had moved up to second place, 28.2 seconds behind Marketa Davidova of the Czech Republic. But Davidova was to miss two shots in each of her next three stages.

Bankes, on the other hand, cleaned her second prone and took over the lead.

“It was definitely a little surreal on the third loop when I realized I left the range in first, after cleaning both prone bouts, and was leading the race!” she wrote.

She still held the lead on the final loop, when Davidova charged past her to take the win. But Bankes held on for second.

“The last loop was pretty amazing,” Bankes wrote. “I left the range just in front of a Russian girl, and I knew that Davidova was in the penalty loop, but was skiing really fast, and both would be chasing me down the whole loop. However, all the techs/coaches and athletes (who weren’t Russian or Czech) that were lining the course were cheering for me, which really helped me on my last loop. A bunch of my teammates were on the last hill going absolutely crazy and it was so loud, and I knew that one of the girls was right behind me (it was Davidova who passed me just after the top of that hill) but I didn’t know where the Russian girl was, so I just had to keep pushing hard all the way to the finish.”

With this result in her pocket, Bankes heads to World Junior Championships in Brezno-Osrblie, Slovakia, in a few weeks.

“I’m pretty stoked,” she wrote. “It’s really nice to know that I can be up there competing with the top girls, and as long as I stay chill in the range, and ski fast I should be good to go! I think racing the IBU Cups earlier this season did help, because there’s a really strong field of women competing. It really forces you to try and make your races perfect and not make careless mistakes. Every transition, stride and shot counts if you want to do well.”