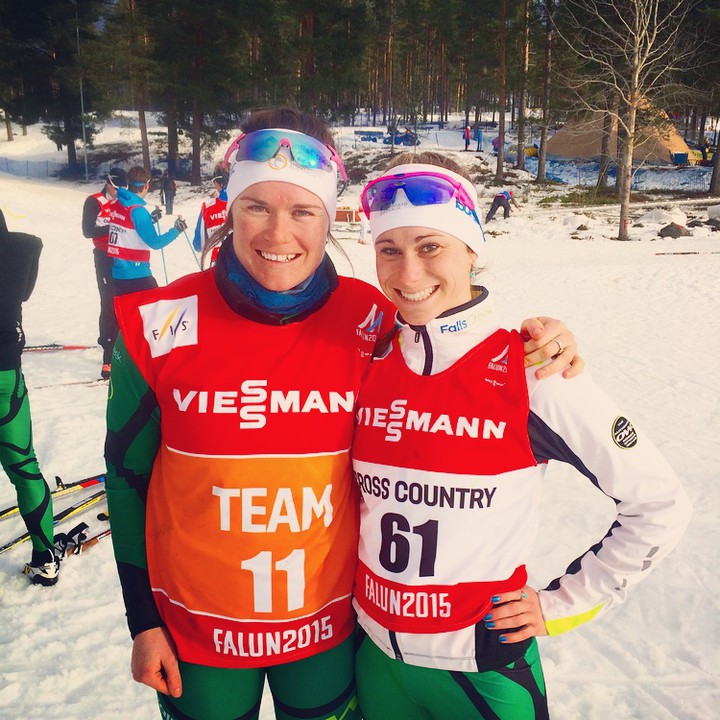 A few things stand out while interviewing Bernadette Nelson, the newly hired Head Nordic Coach at the Bend Endurance Academy (BEA) in Bend, Oregon: she’s intentional with her words, meticulous, and grateful for the opportunities she’s been given as she develops into an emerging leader on the cross-country ski racing scene.

Growing up in Truckee, California, Nelson said she became hooked on nordic skiing because of the way her coaches used the Sierras as a playground — where play just happened to be training.

“Skiing wasn’t just skiing,” Nelson explained. “We went running, and climbing, and biking, and we ran all our camps out of Yosemite which was just the coolest opportunity ever.”

Beyond the physical settings and cross-training opportunities the Sierras afforded, Nelson mentioned that Truckee’s ski scene placed an emphasis on building a unified team. Nelson said that end goal – team spirit – began with parents emphasizing the organization rather than individual results.

In that healthy environment, Nelson thrived — she skied herself onto several Junior National podiums. 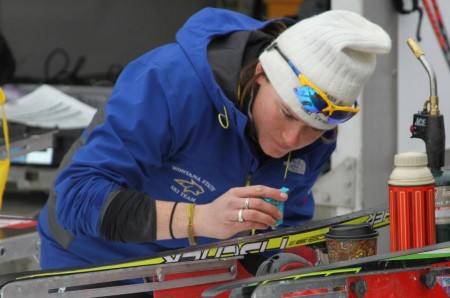 Nelson eventually went on to ski for the Montana State University (MSU) ski team for two years. After that she focused on her studies while at the same time serving as the Assistant Nordic Coach at MSU for another three seasons.

With a proven aptitude for managing athletes, school, and the stress of travel and waxing, Nelson was hired by Bridger Ski Foundation’s (BSF) Dragan Danevski to head up their Post Graduate and Elite Team in 2014.

One difficult task Nelson was held responsible for was guiding a team of 18- and 19-year-olds in BSF’s post-graduate program. Nelson says she built mutual respect with her athletes premised on a simple common goal.

“I want the athletes to develop just as much they want to develop,” Nelson said of her coaching style: less dogmatic, more like a collaborator. “I hand them the keys and I’ll sit in the passenger seat. I’ll provide the roadmap to where they are going and where they need to turn and if they are driving too fast or you’re not paying attention anymore, the speed limit is 60 and you are going 25. And that’s how I run my program. It’s through mutual respect and mutual understanding and a lot of communication.”

For Nelson, communicating wasn’t simply about the day’s intensity session, or periodization within a complex training plan. Sometimes it was more basic.

“I’ve worked with [postgraduates],” Nelson said. “So there is a lot of life things going on. ‘I’m out of the house.’ ‘I don’t know how to do laundry.’ ‘I cannot find a job, can you help me?’ ‘Can I list you as a reference?’ And so it’s just a big picture and I try to not be ignorant of any of the moving pieces.”

Two BSF athletes who built a strong relationship with Nelson will be moving to Bend this June to continue working with her: Nick Michaud and Akeo Maifeld-Carucci.

At BEA, Nelson says she’ll make good use of the multi-disciplinary hat she once wore at BSF in terms of meeting the demands of junior skiers and what they want out of the sport.

“Especially in junior skiing, their goals range from making JN’s, to racing a junior qualifier, to winning JN’s, to going to World Juniors, to making friends,” Nelson said. “I mean the spectrum is so broad and through all of it, you learn pillars that support your life later on.”

This past spring, before her move to Bend, Nelson’s life became more complicated. While in Canmore serving as a guest coach of the U.S. Ski Team during the Ski Tour Canada, Nelson had a health scare.

“I had a Grand Mal seizure in Canmore,” Nelson explained. “I came home from the skiathlon, got out of the shower, they think that I just passed out from accumulation of stress and exhaustion, and hit my head and had a Grand Mal seizure. And I was actually air flighted and medically sedated into a coma in Calgary. And so you know, it was unfortunate timing in that I couldn’t go to Spring Series and I think there were all of these rumors flying and circulating about why I was leaving BSF.”

Nelson wanted to make clear that her departure from BSF was amicable.

“I did not leave because of BSF- BSF, was keeping me in Bozeman,” Nelson said. “I love that job. I loved that organization, and working with Dragan was a fantastic opportunity. And I’m excited to continue working with him.” 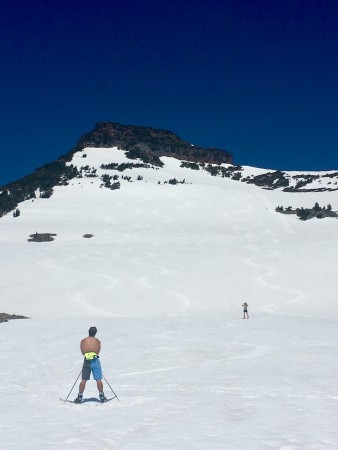 Nelson’s arrival in Bend was in many ways an attempt to simplify her life. Nelson’s partner is Dakota Blackhorse-von Jess, a perennial SuperTour sprint podium threat and longtime Bend resident. The couple saw one another either in Europe or at national-level races, or they endured the 800-mile road trip between Bend and Bozeman.

It was a combination of events that convinced Nelson to make the move; her personal relationship, the events in Canmore, and the job opening at BEA.

“I was more or less planning to come out here and then I had this seizure and it was like ‘yup, life is short’,” Nelson said.

Nelson explained that during her recovery —  at least in the short-term —  she couldn’t be alone or drive.

“It’s just that my life, a little bit, has just been kind of turned on its head.”

“Part of me moving here, takes the traveling out,” Nelson said. “Hopefully it allows him and us to kind of be a team here. In the sense that we can get things done together.”

Blackhorse-von Jess reiterated Nelson’s sentiments that their partnership in Bend will streamline their lives.

“Most of the upside is actually the intangible stuff,” Blackhorse-von Jess said. “We can facilitate workouts if necessary. If I need someone to drive a vehicle for example or run a lactate meter. The real benefit to having her here is that I don’t have to travel to Bozeman — she doesn’t have to travel here for us to see each other. And having two people in the house actually makes a huge difference with regards to food preparation and scheduling, and equipment maintenance. Those are the sort of task that you can sort of share when you are in the same general field together.”

With World Championships next winter and the following season an Olympic year, Blackhorse-von Jess said he plans to continue training and racing for at least the next two years.

BEA Executive Director, Ben Husaby, will continue to supervise Blackhorse-von Jess’ training as he has for most of the 2013 and 2015 national champion’s career.

“I’m not coaching him, Ben is, and Ben does an awesome job,” Nelson maintained. “Maybe there will be days where we’ll be at the same place and I’ll take some video but I’m not going to coach him.”

Husaby’s hands will be full. BEA is a growing non-profit with biking and climbing programs complimenting their nordic skiing offerings.

“Up until two years ago I was everywhere,” Husaby said. “My primary focus was to grow the nordic program, to show its financial viability, and to lead the program… As time has gone on and our board has watched us grow and our program directors have had more needs, there were two options. I was either going to continue to be the program director and be the face of the nordic program, or I was going to shoot into the Executive Director role. And it’s been a relatively slow process, because selfishly, I really still enjoy coaching. It’s my passion.”

For the past two seasons, Jordan Buetow served as BEA’s Head Nordic Coach. Buetow helped build the program and in his second season became the go-to face of the ski program as Husaby primarily coached Blackhorse-von Jess and tended to organizational duties.

Husaby said Buetow created a seamless transition for Nelson before he recently returned to his native Alaska.

Currently, Nelson is immersed with office work, learning about the broader details of BEA’s programs and community of parents and athletes, and writing training plans. She’ll be taking over more of the ski program’s coaching duties starting June 1st. 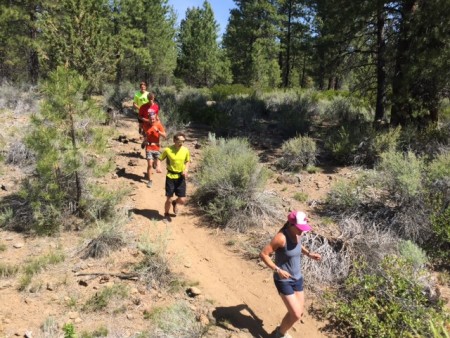