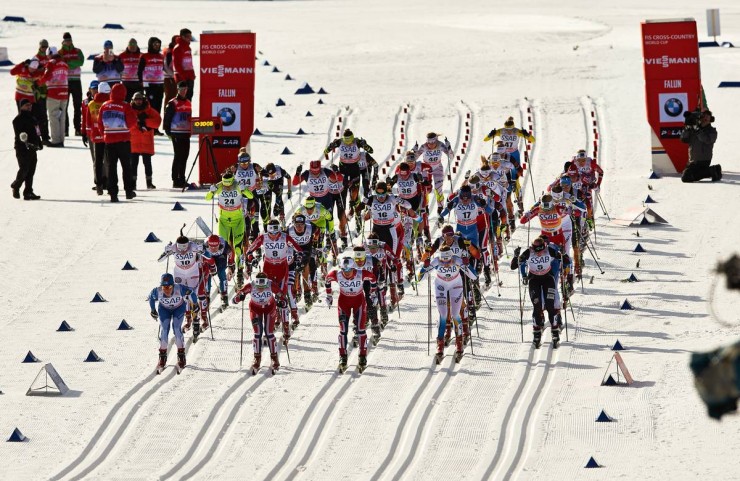 The start of the women’s 15 k skiathlon at the 2014 World Cup Finals in Falun, Sweden. Falun will serve as the site of the 2015 Nordic World Championships in February. (Photo: Fischer/Nordic Focus)

Changes are coming to the International Ski Federation’s (FIS) World Cup schedule in the 2014/2015 season. The schedule was confirmed at the 2014 FIS Congress held in Barcelona, Spain, which concluded Friday June 6th. The upcoming season will include the esteemed Tour de Ski and the 2015 World Championships in Falun, Sweden. There were also some exciting new developments for North American skiers as the FIS Congress added the Tour du Canada to conclude the 2015/2016 season.